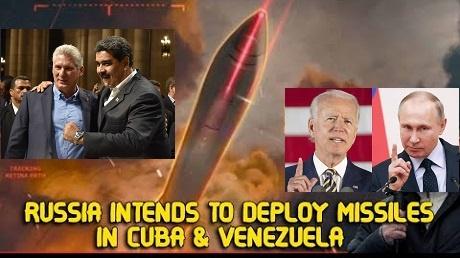 Russian Deputy Foreign Minister Sergei Ryabkov, who headed Jan. 10’s talks with U.S. officials in Geneva, said he could neither “confirm nor exclude” the possibility of a Russian military build-up within the borders of Cuba and Venezuela if tensions continue with the United States over Ukraine.

Ryabkov’s statement adds pressure to existing tensions with the West over the presence of Russian troops near the Ukraine border, which prompted a high stakes meeting with the North Atlantic Treaty Organization (NATO) on Jan. 12 in Vienna.

Putin’s government demanded a cessation of NATO’s expansion, which was promptly rejected by the United States and its Western allies. {loadpositionSubscribe}

In a televised interview, Ryabkov said, “It all depends on the actions by our U.S. counterparts,” referencing Russian President Vladimir Putin’s warning that Moscow was willing to take countermeasures if the United States challenged the Kremlin and added military pressure.

A spokesperson for the U.S. State Department told The Epoch Times, “We are not going to respond to bluster.  If Russia actually started moving in that direction, we would deal with it decisively.”

Ryabkov also pointed out that the refusal to consider the important Russian demand for guarantees against the United States and its allies expanding into Ukraine and other former Soviet nations makes it challenging to discuss issues like arms control, and building confidence between nations.

In June 2021, Russia reiterated its support for its allies in Latin America, with a particular emphasis on Cuba, Venezuela, and Nicaragua, in the presence of what was described as “external threats.”

All three of the aforementioned countries endure the rule of entrenched dictators.

Historically, Russia has been one of Venezuela’s closest allies since 2006 and the regime of dictator Hugo Chavez. The latter signed a $2.9 billion arms deal with Russia that granted them access to Venezuela’s rich oil assets.

Today, the continued rule of Venezuela’s dictator Nicolas Maduro is made possible, in part, by its strategic alliance with Putin’s government.

Russia has also acted as a last resort lender to the debt-riddled nation and has provided military supplies to Maduro’s regime.

And Russia continues to be one of Cuba’s most ardent supporters. The nations pledged to expand what they called “strategic” ties after talks on the island nation back in 2018.

Then in October 2021, First Deputy Minister of Foreign Trade and Foreign Investment Ana Teresita Gonzalez said the two nations would continue to work on deepening their economic relations.

The politically embattled island nation played a pivotal role between the United States and Russia during the notorious Cuban Missile Crisis of the 1960s, when then Soviet Union missiles arrived in Cuba and the United States responded by imposing a naval blockade.

U.S. President John F. Kennedy and Soviet leader Nikita Khrushchev came to an agreement for Moscow to remove the weapons in exchange for Washington’s vow not to invade Cuba, and also remove its missiles from Turkey.

In December 2021, Ryabkov directly compared the current tensions over Ukraine to the Cuban Missile Crisis.

If Russia decides to put troops in Cuba or Venezuela, it will be their first significant military presence in the Western Hemisphere since the end of the Cold War. 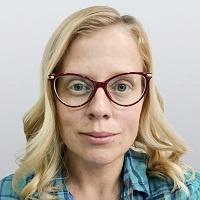