The Feds: Fully on Board the Trans Train 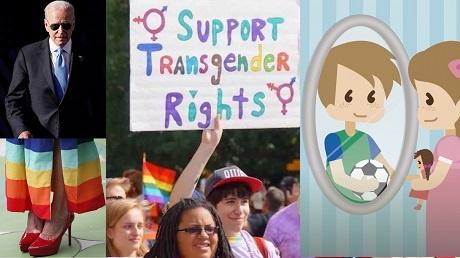 The Feds: Fully on Board the Trans Train. Biden administration doubles down on the transgender fad.

Back in March, the Biden administration celebrated the “International Transgender Day of Visibility” by extolling the virtues of the kindly sounding “gender-affirming care.” But this innocuous sounding term can be extraordinarily hazardous to the health of young people – puberty blockers, hormone therapy and “gender affirming” therapies – all irreversible – are part of the program.

This bit of insanity was followed by a major rewrite of Title IX in May, which prohibits sex discrimination and harassment in programs receiving federal funds, and now includes discrimination based on sexual orientation and gender. As The Federalist’s Joy Pullman explains, any establishments that accept any federal funding for food, including schools, “must also allow males who claim to be female to access female private spaces, such as showers, bathrooms, and sleeping areas.” These organizations must also follow protocols “such as requiring staff to use inaccurate pronouns to describe transgender people and allowing male staff to dress as women while on the job.”

Read more ...The Feds: Fully on Board the Trans Train 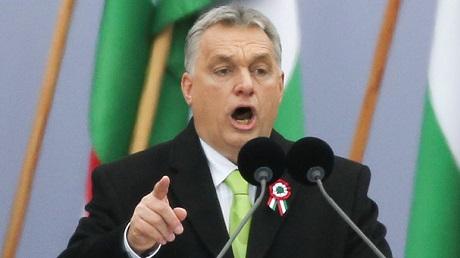 Hungary's populist Prime Minister Viktor Orbán has warned that transgender "colonialism" is threatening the way of life for his people.

PM Orbán slammed European Union (EU) leaders as "colonialists" for attempting to interfere in his recently passed legislation that seeks to limit transgenderism in young people.

The law prohibits the “display or promotion” of transgenderism or gender reassignment in television shows, films, and sexual education programs in schools.

The PM warned that Hungary’s way of life was being threatened by a push coming from EU figures attempting to encroach on the country’s education system through far-left diktats.

Harris at D.C. Pride Parade: Transgender Community Must Be 'Protected'

Vice President Kamala Harris and her husband, second gentleman Doug Emhoff, made an appearance Saturday at the Pride parade in downtown Washington, D.C.

During her appearance, Harris spoke to those in attendance and called for the Senate to pass the Equality Act, legislation the U.S. House of Representatives passed in February which would eliminate the legal definition of biological sex, cater to gender ideology, and designate protection for the unborn as “pregnancy” discrimination. 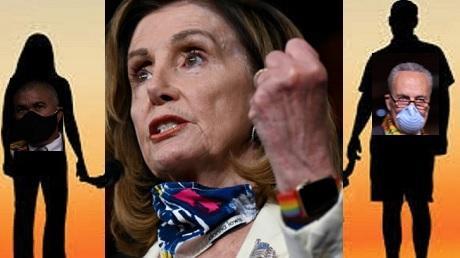 “This package, which will be introduced and voted on once the new Congress convenes, includes sweeping ethics reforms, increases accountability for the American people, and makes this House of Representatives the most inclusive in history,” said the House Committee on Rules in a statement.

House Speaker Pelosi went on to say she is “pleased to join Chairman Jim McGovern in introducing this visionary rules package, which reflects the views and values of the full range of our historically diverse House Democratic Majority.”