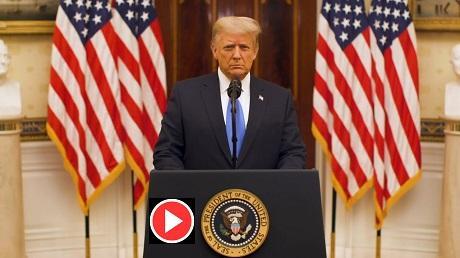 My fellow Americans: Four years ago, we launched a great national effort to rebuild our country, to renew its spirit, and to restore the allegiance of this government to its citizens.  In short, we embarked on a mission to make America great again— for all Americans.

As I conclude my term as the 45th President of the United States, I stand before you truly proud of what we have achieved together.  We did what we came here to do—and so much more. 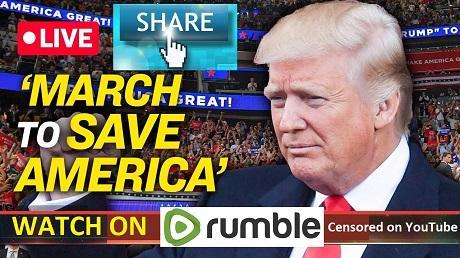 THIS VIDEO IS ALREADY AVAILABLE THANKS TO RUMBLE. IT WAS CENSORED BY YouTube. #StopYouTubeCensorship #YoutubeDictactorship #StopCensorship

Trump Joins 'March to Save America' Rally. Patria de Martí broadcast the LIVE coverage made by the NTD team and RSBN.

Trump Joins 'March to Save America' Rally. Patria de Martí broadcast the LIVE coverage made by the NTD and RSBN teams to protest election irregularities that Congress refuses to investigate. From The Ellipse at The President's Park as millions of President Trump supporters converge on Washington, DC. for a rally/protest like never before as the Electoral College votes are counted.

3:03:57 President Trump spoke about "election integrity" around 11:57 a.m., after which the crowd marched to the Capitol building. 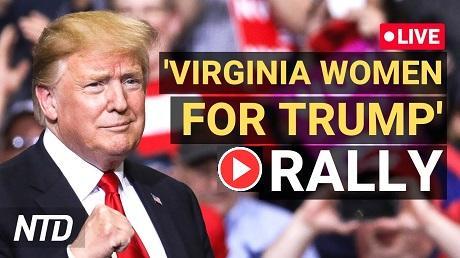 Virginia Women for Trump rally at Supreme Court. Patria de Martí broadcast the LIVE coverage made by the NTD team.

Several groups gathered at the Supreme Court on Jan. 5, including Virginia Women for Trump. They called on lawmakers and the vice president to reject slates of electors from some swing states. They say those are unconstitutional.

Alice Butler Short, Founder and President of Virginia Women for Trump, said:
"Many see the wisdom of what we are doing and they understand that are many who adhere to the idea of a global government who tear us down and eviscerate us. In the same way that they have done with our great president for the past five years. We want him to know that we appreciate him, that we stand behind him, that we are here today because we believe in him and we believe the election was stolen." 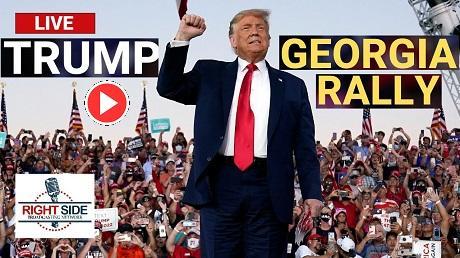 Patria de Martí broadcast the LIVE coverage made by the RSBN team from Dalton, GA, where President Donald Trump held the Victory Rally for Senator David Perdue and Senator Kelly Loeffler before the second round of the elections on 5 January.