Chile did not wake up, it went crazy 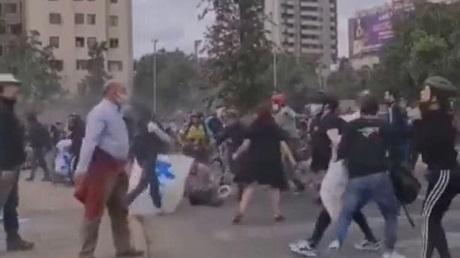 The events that occurred on Sunday, December 12, when supporters of the presidential candidate José Antonio Kast carried out a banner in Plaza Italia, are not isolated. Since the first marches in favor of the Rejection option, we patriots have been constantly threatened and violated by hordes of individuals with irrational actions that attack people for no reason, just for having a different political position than theirs.

I perfectly remember the first events of violence unleashed in one of the first marches when they reached the vicinity of Manuel Montt street, adherents of the Approve began to throw bottles and other blunt objects from the Tajamar Towers at the people who were marching peacefully, including children and the elderly, but they did not care at all, because irrational hatred had already settled in the heads of those people. Nor did the press care at all, who dedicated themselves to accusing the young people of Vanguardia who were protecting the march and did not give an account of the real attacks on the people.

I myself was a victim last year, when with 2 friends we met after an activity on October 12 with Chilean and Hispanic flags and we were attacked in broad daylight by a group of approximately 10 criminals, calling themselves "Antifas", who we The flags were removed, one of my friends was physically attacked, leaving his head broken, the other managed to run and I hid behind a shop window.

This Sunday while the followers of Kast carried out the banner, in Plaza Italia, in an action that is still emotional and symbolic, since for 2 years the place has become a no man's land, where violence was assiduous every Friday and no one has been able to stop it. Of course, that does not matter to the Chileans who lives in other communes or in regions, but the residents of the so-called ground zero must survive with the violence embodied in their neighborhoods, destroyed every weekend.

In recent days, there has been a significant increase in political violence. The totalitarianism of Gabriel Boric's supporters is threatening the democratic process. Attacks and insults against Kast and his supporters have been on the rise.

Last Monday, pro-Kast activists were victims of a lockdown in the vicinity of the White Metro in Lo Prado, where they were attacked and beaten. One of them ended up with serious injuries and 2 days in bed.

Kast and his supporters have experienced complex episodes in full public activities. Last Tuesday a young man carrying knives and an air pistol was arrested in an act in Maipú. The following day the candidate and his team were attacked by a group of residents of Lo Espejo. Kast was inside a house as part of a campaign activity when he began to be rebuked with shouts and insults.

This Thursday while making a visit to Puerto Natales, in the Magallanes Region, the presidential candidate of the Republican Party suffered another attack:  The candidate received a series of insults, blunt objects such as stones were thrown at him and he had to leave the place escorted.

On Friday, a group of Kast adherents was attacked in the city of Rancagua, where Gabriel Boric's supporters went to found, beat and attack people. It is no longer a coincidence, violence as political action is becoming a habit in the leftist candidate and his supporters.

On Sunday, the convocation of the Banderazo de Kast began at 11 in the morning, with people of all ages, the situation was peaceful and joyful among the nearly 500 participants, however, a group of violent and hooded (all young) supporters of the Approve Dignity candidate, Gabriel Boric, who called for a counter-demonstration, and who were crouched nearby, began to threaten and insult the people who were there and assaulted them with stones. During this time, the police arrived who controlled the situation, however, minutes later a Boric caravan passed by, who continued the aggression against the peaceful protesters, among whom were people of all ages. The attacks were not only verbal but also physical. A supporter who had his flag taken from him was kicked to the ground with his broken arm. (view image)

Another separate issue, but complementary, is the intolerance and aggressiveness that the left has shown in social networks; from death threats (the most well-known case of Teresa Marinovic) to mass funerals such as what happened recently to the owner of the Restaurant '' El Toro ”, who for publicly supporting Kast, has suffered denosis and harassment from the LGTB community, after that the writer Pablo Simonetti attacked him on social networks just because of his political preference    . Since when is being homosexual synonymous with being on the left?

When they say that Chile woke up from the events of October 2019, they are in error, Chile did NOT wake up, Chile went mad, and many Chileans have been hypnotized in a surreal tale where the romanticization of violence has reached absurd levels. Let us remember the unusual responses that they gave on social networks saying "it is more violent for them to raise my ticket ..." "and many other epithets that minimized the acts of destruction and looting that happened and have been happening since that fateful day.

Do you really wonder what happened to the Chileans? Who made them a macumba, an evil eye or a voodoo to really reach these instances, to become so blind and not see the obvious?

As I finish writing these lines, I can't stop thinking about the words that former President Patricio Aylwin used to say so much: Reconciliation ... I think, as he has to roll in his grave, was there ever a reconciliation or did the left really feign its hatred for decades, and waited for the exact moment, for which kraken to come out of the catacombs? 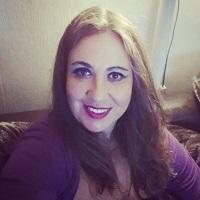 "Juntas de Vecinos": Symbol of the Reterritorialization of the Left

"Juntas de Vecinos": Symbol of the Reterritorialization of the Left. The human being who has always lived inserted in groups, starting from the most rudimentary groupings; from the hordes to the most complex communities. From the Pa...

Chile and the communist maneuvers

Chile and the communist maneuvers. The decline of public education. A few days ago, the information went viral that the Instituto Nacional, the emblematic high school of our country, called some time ago as "the first light of the nation" and...

COMMUNIQUÉ: THE HEMISPHERIC FRONT FOR LIBERTY IS FOUNDED

Definitive triumph of Lasso: Goodbye to the Correato in Ecuador

The definitive triumph of Guillermo Lasso and the goodbye to the "Correato" in Ecuador.  Lasso will be able to sleep very peacefully because he will not try to foment persecution, nor will he encourage political division and polarizatio...

Taiwan can make important contribution to world health, why not let it? Despite the staunch support of diplomatic allies and like-minded nations, Taiwan was again not invited to the World Health Assembly (WHA) as an Observer in 2020, and the sligh...