Definitive triumph of Lasso: Goodbye to the Correato in Ecuador 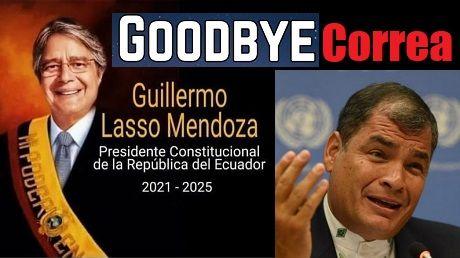 The definitive triumph of Guillermo Lasso and the goodbye to the "Correato" in Ecuador.

Lasso will be able to sleep very peacefully because he will not try to foment persecution, nor will he encourage political division and polarization in a country that is going through the worst crisis in its history: a terrible economic situation aggrandized by the terrible ravages of an uncontrollable pandemic that has caused more than 17,000 deaths in the last months.

Santa Cruz de Tenerife. Spain - Lasso wins! This is what thousands of Ecuadorians are exclaiming everywhere. Guillermo Lasso, for the center-right alliance CREO-Social Christian Party, deserves this opportunity. This is the third time he is running for the presidency of Ecuador, something that yesterday, Sunday, April 11, he managed to achieve by obtaining 52.51% of the votes against 47.49% of his opponent, Andres Arauz, representative of the left-leaning and "pro-correista" Movement Union for Hope (Unes).

It is worth remembering that this is not his first triumph. Four years ago, Correaism snatched his victory, a fact that many may not remember; but for those of us who closely follow the political events in Latin America, it is not at all a distant event, but a paradigmatic example of what the extreme left is capable of doing in its eagerness to stay in power. The mega-fraud of April 2017 is impossible to bury it in oblivion, something that the new president of the Andean nation knows very well, since he lived it very closely. Those were the times of Rafael Correa with his Citizen Revolution project. A handful of hidden or falsified votes was little compared to so many traps and intrigues, terrible persecutions, isolation and ostracism and wholesale corruption.

But leaving aside the things of the past - although a fact like this is impossible to avoid - let us analyze some aspects of interest in relation to the current circumstances that led Lasso to his well-deserved triumph.

Ecuador has remained too polarized. On the one hand, the "correístas", who have not accepted that the Socialism of the XXI century is nothing more than a meaningless remnant in the Ecuadorian political arena, and on the other hand, the opponents of the evil leftist tendency, whose maximum representative for a decade was the bandit Rafael Correa, currently a fugitive from justice in this nation. The constant confrontations between these two tendencies have been present since the unfortunate times of the so-called "Citizen Revolution" - in the style of the

"Revolución Ciudadana" - in the style of the Bolivarian "Chavista" Revolution - to the present, and I doubt that they will dissipate in the coming years.

The influence of Rafael Correa with his sui generis style, a mixture of cheap populism impregnated with airs of narcissism and delirium of grandeur, with a strong persecution towards everything that departs from his controversial version of socialism of the new type, has been too strong to be left aside forever: the spectral shadow of the Socialism of the XXI century will remain among Ecuadorians for a long time to come.

However, in the Andean nation not everyone could be manipulated and indoctrinated, apart from those who know and can think. Hence, unlike other countries in the region, there was always a strong opposition movement that took to the streets to confront Rafael Correa's drastic orders, which included the excessive persecution of the media, kidnappings of opponents, and even armed aggression against indigenous communities in the Ecuadorian Amazon.

This opposition that has never weakened has guaranteed the victory of Guillermo Lasso, an epic victory, as it has just been stated in a prestigious Spanish newspaper, and also a victory for the history of Latin America, as the writer of this commentary considers, something that I do not do from a distance, since I lived in Ecuador, I traveled throughout the country and I knew in situ the peculiarities of the politics of this country.

Another important point to consider in an analysis of Lasso's recent triumph is related to the existence of a runoff election for these elections. Andres Arauz, the "correista", was the winner in a first round, and although I do not like to reaffirm it, I must recognize that his advantage was wide with respect to Guillermo Lasso, although not enough to be able to win in the first round. Thus, the existence of a second round, as required by Ecuadorian law when one of the candidates for the presidency fails to obtain more than 50% of the votes counted, contributed to the weakening of the supporters and defenders of Correism.

The great campaign of Guillermo Lasso, very well advised, as well as his excellent proposals for his future government were crucial elements that facilitated his triumph; while the ever present shadow of Correism in the campaign of Andres Arauz weakened him greatly, even when he tried to distance himself from this influence in his campaign for the runoff.

The percentage proximity of votes between Guillermo Lasso and Yaku Perez, representative of the indigenous movements, caused strong and contradictory debates to define which of the two presidential candidates - Arauz did not admit discussion due to his advantage over his rivals - would pass to the second electoral round. The unwise determinations of the incensed Yaku

Perez, clinging to the idea of a fraud that he could never prove, regarding the null vote as a sign of discontent for his defeat against Lasso, far from helping to harm the latter, benefited him.

The indigenous people, who in the case of Ecuador constitute several communities with great political strength, had the opportunity to follow Perez with his crazy idea of the null vote or to pronounce themselves in favor of Lasso, even though their leader is his rival. The indigenous vote has not been for Lasso per se, but against Correism, since they have always defined their radical distancing with Arauz in view of the imminent danger that the reestablishment of the Socialism of the XXI century would represent for their homeland.

Another element to consider in Lasso's victory is the accuracy of his program proposal during his campaign, according to the politician Jaime Nebot, very precise, accurate and applicable in the practical order, that is to say, without alienated digressions that later will remain in the ideal plane. Work proposals, such as the generation of at least one million productive jobs; the reduction of interest rates through the entry of international banks to Ecuador; the elimination of the 2% sales tax for small businesses and the foreign currency outflow tax; as well as many others related to education, social services, hiring, quality of higher education, etc., are attractive for a country suffering the consequences of a great economic crisis.

Last, but not least, is the support of Jaime Nebot, former mayor of Guayaquil, the second most important city in the country after Quito, who decided to enter into an alliance with CREO (Creating Opportunities) and the Social Christian Party. Nebot, of ample reputation in the social and political life of Ecuador, is a firm anti-correista who managed to survive in the midst of the terrible persecution of the stage before Lenín Moreno. His firmness and popular sympathy contributed decisively to the victory of Lasso, for whom he asked for an opportunity to serve Ecuador.

And it is precisely service what will characterize this new presidential stage of the Andean nation. According to Lasso, he will be able to sleep very peacefully because he will not try to promote persecution, nor will he encourage political division and polarization in a country that is going through the worst crisis in its history: a terrible economic situation aggrandized by the terrible ravages of an uncontrollable pandemic that has caused more than 17,000 deaths in the last months.

This Sunday, the 13 million Ecuadorians who went to the polls had the opportunity to choose not only Guillermo Lasso or Andres Arauz, but to define the return of the Socialism of the XXI century promoted by the "correato" with his Citizen Revolution project or to prevent it, at least for a long time.

Fortunately, 52.51% of the participants wanted to stop the evil influence of communist tendencies in the land of Eloy Alfaro, which directly benefits Ecuador, and also Latin America, a region where "socialism" has re-emerged in nations such as Argentina, and recently in Bolivia.

Good luck to Guillermo Lasso, as well as a well-deserved congratulations for the gift of patience and for his definitive triumph that leads him to the presidency of the country.

This is his great opportunity! 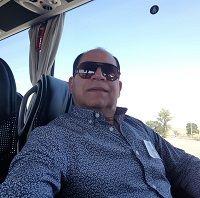 Author: Dr. Alberto Roteta Dorado. Cienfuegos, Cuba. Graduated as Doctor of Medicine, specialist in General Comprehensive Medicine and Pediatrics from the Higher Institute of Medical Sciences of Villa Clara and Master of Science, second degree specialist in Endocrinology and second degree in General Comprehensive Medicine from the Medical University of Cienfuegos. He has unpublished two books of essays on the sense of religiosity and philosophical thought of José Martí. Collaborator of press media such as Cubanet, Noticias de Cuba. He has visited several countries in America: Peru, Ecuador, Colombia, Costa Rica and Panama. Based in the United States of America.