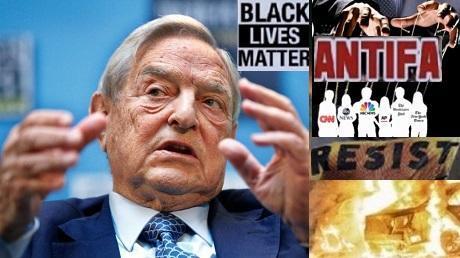 Under the guise of seeking to “prevent a constitutional crisis,” a massive network of well funded left-wing activists and progressive groups are training, organizing, and planning to mobilize millions of Americans should President Trump “contest the election results,” refuse to concede, or claim an early victory.

More than 80 advocacy groups and grassroots organizations have joined in a broad coalition calling itself “Protect the Results” and proclaiming that “we cannot ignore the threat that Trump poses to our democracy and a peaceful transition of power.”

The coalition is a joint project of Indivisible and Stand Up America, two left-wing groups founded in response to President Trump’s 2016 election and whose goals are “to organize and resist Trump’s dangerous agenda” and “to defeat Trump and his enablers.”

Seeking to “protect” election results by use of its millions of members, the coalition calls to “take coordinated action” and “prepare for a potential post-election crisis.”

“Be prepared,” warns a video on its homepage.

Help us #ProtectTheResults this November by pledging to organize to ensure Trump concedes & demand every vote be counted.

Text RESULTS to 21333 to take the pledge now. pic.twitter.com/WtNaXIHnEg

Both founding groups of the coalition (Indivisible and Stand up America) are part of the Soros-funded Democracy Alliance (DA), the largest network of donors dedicated to building the progressive movement in the U.S.

DA’s large body of donors aggregates resources for “focused investment,” marshalling as much as $80 million per year.

In 2017, DA developed a “resistance map” — a mix of anti-Trump groups it recommends its members donate to, many of which are now part of Protect the Results.

Other Soros-funded coalition groups include MoveOn, Women’s March, the Working Families Party and the Center for Popular Democracy, a network with over 50 local partners in 32 states, among many others.

Having likened President Trump to a dictator, left-wing billionaire George Soros declared in a recent interview that Trump is dangerous, is “fighting” for his political life, and will do “anything to remain in power.”

Given his harsh depiction of Trump, it is hardly surprising that Soros-backed groups are leading the so-called “resistance” post-Election Day.

Heads of the DA coalition “resistance” groups have been quite vocal in recent days about their intentions to put up a fight this November.

“If Trump wants to ignore the will of the people and fight over election results, it’s a fight he’ll get,” said Nelini Stamp, Director of Strategy and Partnerships at the Working Families Party.

“Will we be successful? We’re going to fight like hell to make sure we are,” said Rahna Epting, executive director of MoveOn, another Soros-funded group that joined the coalition.

“Our resistance is key in protecting the outcome of this election,” said Arisha Michelle Hatch, Executive Director of Color Of Change PAC. “We will mobilize to safeguard Black people from the chaos and pain that will inevitably ensue should Trump choose to disregard reality in November.”

Coalition group heads have described the battle against Trump’s re-election as predicated on the unfounded notion that the president has been tirelessly working to undermine the upcoming elections.

“Trump is already laying the groundwork by declaring the result rigged, so we are sounding the alarm now,” said Sean Eldridge, president of Stand Up America and co-founder of Protect the Results.

Claiming that, for years, “Trump has sought to undermine our elections again and again,” Elridge stated, “We would mobilize, take to the streets, put pressure on state and local election officials [to make clear that] the U.S. people are not going to let Donald Trump steal this election.”

Ryan Thomas, a senior spokesperson for Stand Up America, told Newsweek that “Trump poses an existential threat to our democracy and is already working to undermine the election.”

Not only is Trump accused of undermining the upcoming elections, but his current legitimate status as president is denied as well as he is accused of rigging the previous election, as noted in a recent tweet from one of Indivisible’s accounts.

DEFENDING OUR ELECTION
Donald Trump only won the 2016 election by cheating. That’s the only way he’ll win this one, too, but he, Russia, and others are hard at work. Join us this coming Monday, September 14th, for our Sept. Gen. Mtg... @indivisibleluma #ProtectTheResults /1

With a Trump-must-go-no-matter-what attitude, the idea of a legitimate Trump win is all but impossible.

“When we win in November,” says Indivisible’s IE Political Director Lucy Solomon in a video describing the group’s preparations, they intend to ensure that “Trump isn’t able to steal this election in the days afterwards.”

“On November 3rd. After you vote, get in the streets! Donald Trump must go and we must make it happen!” reads a post tweeted in August by the far-left ShutDownDC, an “organizing space” partnering with Protect the Results which plans to “rise up to confront the Trump administration’s attacks on democracy” and offers training sessions for coalition members to prepare to take “direct action.”

Additionally, several prominent figures have expressed fears of Trump seizing power if the elections resulted in a loss for him, claiming that he is already prepping the ground for a de facto coup.

The baseless notion is increasingly promoted by those opposed to Trump.

Amplifying the groundless notion even further, an article by the Nation last week titled, “Is Trump Planning a Coup d’État?” was widely circulated among leaders of groups from Protect the Results in order to encourage individuals to join their effort.

New cover story in the Nation from @AbramskySasha. Trump’s a loser and will try to cheat, so we’re preparing

New cover story in the Nation from @AbramskySasha. Trump's a loser and will try to cheat, so we're preparing. https://t.co/lR3QKty8Fz

In a bid to encourage more to join the coalition, Stand Up America founder Sean Eldridge, also referencing the article, wrote:

“We’re going to need all hands on deck.”

.@SeanEldridge: “We’re going to need all hands on deck.”

The article states that what the Protect the Results leadership is planning “isn’t a run-of-the-mill protest” but rather “a national campaign capable of bringing millions of people into the streets,” potentially for months.

They are going to have to develop a durable movement that could operate like the democracy movement in Hong Kong or the movements that peacefully brought down Communist rule in Eastern Europe a generation ago.

Protect the Results has partnered with the secretive Fight Back Table (FBT), an initiative launched after the 2016 election to form a constellation of leftist organizations working more closely together.

FBT and leaders from Protect the Results reportedly discussed their plans in secret during a Zoom virtual meeting last week, with the Daily Beast reporting how they discussed standing up to a multi-state communications arm as well as training for civil disobedience and mass public disorder.

The alliance is pushing the Democrat assumption that election results will be illegitimate absent a huge Biden victory.

Former First Lady Hillary Clinton urged Biden not to concede the election “under any circumstances,” while the Democratic presidential candidate said he is confident that Trump is “going to try to steal this election.”

With a well-funded coalition of anti-Trump groups prepping the battlefield for post-election anarchy, such statements are hardly trivial. 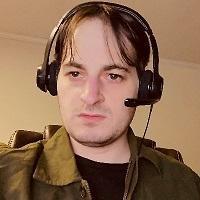