Seattle seeks to defund police by 18% 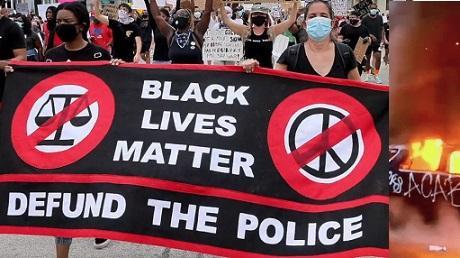 Seattle seeks to defund police by 18%. Another Democrat-run city moves to defund the police despite high crime rates. Protestors called to cut the police budget in half.

In an eight-to-one vote Monday, Seattle City Council members moved to cut the police department’s budget by around 18 percent. The decision came amid city-wide demonstrations, in which protestors called on officials to cut the police budget in half.

Hundreds in the streets of Seattle because Our Work Continues! #ProtectEveryPerson. We are organizing against white supremacy, for grassroots community power— every day.#DefundSPD #BlackLivesMatter #SeattleProtests #GreenNewDeal #Election2020 #AbolishICE pic.twitter.com/4PJ46tVicV

Residents also called into the meeting to make their arguments.

“I am calling for you to defund the police by at least 50 percent and to work towards total abolition of the police in the future,” Seattle resident Sam Wise stated. “The police do not prevent crime, they simply react to it.”

While council members determined a 50 percent cut would be rash, they still agreed to limit police spending.

The latest percentage cut to the department’s budget is worth nearly $2 million. If approved by the city’s mayor, the department would be unable to fill several vacant positions.

Additionally, the department would be forced to move its 911 dispatchers and parking enforcers to a different jurisdiction. Meanwhile, Seattle officers criticized the move, which they claim will cause response delays as well as jeopardize the safety of communities.

Such decisions are also prompting officers to leave. According to the mayor’s office, nearly two dozen officers left the force in October alone. Many also fear the timing of the budget cut as the city has reported an uptick in crime.

So far this year, the number of homicides in Seattle has nearly doubled when compared to those reported in 2019.

In the meantime, the mayor is expected to make a decision on the proposal next week though several reports predict a yes.