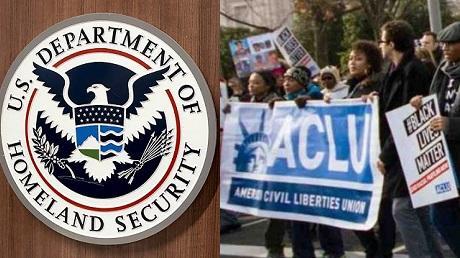 ACLU joins leftist war on law enforcement. Not a Typo: ACLU Calls for Dismantling the Department of Homeland Security, has gone all-in on defunding the police.

What was formerly considered to be an even-handed and serious civil rights organization in decades gone by has gone all-in on defunding the police. The American Civil Liberties Union announced Monday it is seeking the defunding and dismantling of the entire Department of Homeland Security (DHS), created after the 9/11 terrorist attacks.

The behemoth agency, created because of the lack of communication between domestic investigators and international spy agencies leading to the 9/11 attacks, oversees several key agencies:

BREAKING: We’re calling for the dismantling of the Department of Homeland Security.
Nearly 20 years of abuse, waste, and corruption demonstrate the failure of the DHS experiment.

Nearly 20 years of abuse, waste, and corruption demonstrate the failure of the DHS experiment.

In an op-ed in USA Today, the civil rights organization calls for ending the agency because … Donald Trump is in office.

It’s a loaded weapon that sits on the proverbial coffee table in the Oval Office.

Perhaps it’s the huge size of the organization that stymies the ACLU, which apparently prefers a divide-and-conquer aspect to their lawsuits.

DHS is also responsible for separating children from their parents at our borders — a tragedy we continue to litigate.

Perhaps it means higher billable hours if they can charge out their services to several agencies. In some cases, such as First Amendment issues, the ACLU, which purports to give “free” help to clients, gets reimbursements from the U.S. government – you. For example, when the ALCU sues to remove a cross at a war memorial, the group sues to get its attorneys fees – which they claim are pro-bono to the client from a private attorney – back from the taxpayers.

The group explains why the Portland riots, and the response to attacks on the federal courthouse and other buildings, are a huge reason why they want to dismantle the large department.

The scenes unfolding in Portland, Oregon, and elsewhere are a reminder of the red flags many have raised about DHS throughout its history: that its powers are too great, and that it lacks the oversight and management to be effective. We can preserve our freedoms and our security better by dismantling DHS and beginning anew.

The fact is that the Federal Protective Service officers were only responding to and investigating incidents related to the incessant violent bombings and attacks on the downtown Portland courthouse.

Publications, such as The Washington Post and New York Times, which claim the riots in Portland ceased after the federal officers retreated to allow Oregon State Police and Portland police to guard the buildings, are lying.

As you’ve read in PJ Media in my writings and those of colleague Tyler O’Neill, the riots continue to this day. It appears they’ll continue to do so until the Left destroys the guardrails of the rule of law – the very foundation of the country. And now the unabashedly Leftist ACLU is offering a huge assist by using its political heft to call for dismantling a police agency that oversees law and order throughout the country.

They continued to tout the objectively false tale that “paramilitary” forces kidnapped protesters in secret cars.

Paramilitary forces abducted people exercising their constitutional rights in Portland, placed them in unmarked vehicles and took them to undisclosed locations.

As was amply demonstrated last week in Senate hearings, that “secret police” stuff was abjectly false.

Of course, the ACLU knows better than the Post and Times that the riots have continued in Portland. The unrest has spread and metastasized like a cancer to other parts of the city. And the ACLU has apparently taken over or merged with the Lawyers Guild to be the legal guardian-angels over antifa anarchists and Black Lives Matter rioters, as they were over the weekend. Though they’ve gone to court to temporarily stop the police from recording and live-streaming, they themselves are doing the very same thing.

But the real agenda is revealed by ACLU Executive Director Anthony D. Romero at the end of the op-ed. It always comes back to open borders.

[T]he very premise of a “homeland security” bureaucracy is chilling and ought to be questioned. Defense of the “homeland” became a rallying cry for hawks and some doves in the aftermath of 9/11, but this frame betrays the broader values that ought to infuse our democracy. Why, for example, is an agency responsible for citizenship and immigration under a threat-oriented department? Immigrants are not a threat to the “homeland.”

For the record, nobody’s saying that DHS couldn’t trim its sails a bit and no one wants anyone’s rights taken away, but Romero’s construction that the existence of such an entity “is chilling” certainly shows a willful disregard of history. Three of the four pilots who hijacked the 9/11 planes were in the country illegally. Many of the other operators had multiple drivers licenses from various states to hide their true identities.

How soon we forget.

Exclusive: Portland Cops Are Getting the Hell Out of Antifastan and Retiring in Record Numbers 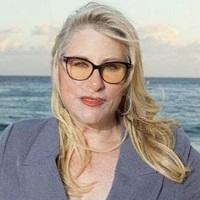