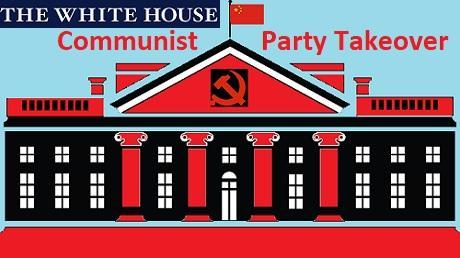 Patrick Byrne: This Is a Communist Party Takeover. Take the FBI and Department of Homeland Security and CIA, and just completely unleash them as instruments of oppression against their domestic political opponents.

Patrick Byrne, founder and former CEO of Overstock, told Jenny Chang, the host of NTD Television’s “Focus Talk” program, that what is happening now in the United States is a “Communist Party takeover.”

“That’s what the left is trying to do here. They have a bill that they’re ready to pass as soon as they get in that basically imposes a Chinese-style censorship state,” Byrne said during an interview premiered on Monday. “I think this is a Communist Party takeover.” 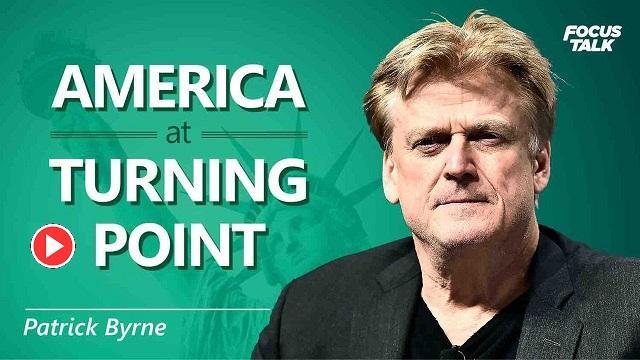 Byrne is concerned that in the future, even questioning the reported irregularities of the 2020 election will count as “an act of domestic extremism.”

“What they’re going to try to do is take the FBI and Department of Homeland Security and CIA, and just completely unleash them as instruments of oppression against their domestic political opponents, all under the disguise of ‘We’re fighting domestic extremism … you saw Congress get overrun,’” Byrne warned.

Twitter permanently suspended President Donald Trump’s account on Jan. 8. Meanwhile, Google and Apple have removed Parler, a social media app similar to Twitter, from their respective app stores. They accused Parler of allowing “dangerous” content be posted on its platform. Amazon followed and removed Parler from its services too.

“This is a color revolution. And it was managed really to the T and executed,” Byrne said.

Byrne went on to explain that the unfolding color revolution has been implemented through four stages: demoralization through the COVID-19 pandemic, disorientation through Antifa’s burning of buildings and the like, with no state response; the crisis of the presidential election; and the normalization phase, which is now the media and big techs wiping out any opposing points of view.

“It’s quite Orwellian,” Byrne continued. He emphasized that he did not vote for Trump but was “absolutely appalled” by the reports of election irregularities.

He pointed out that exactly the same vote counting delays were seen in the Georgia U.S. senate run-off election and the November general election: a midnight dropping of thousands votes, mostly going to Democrats. “And we saw the data packet traffic actually going to Islamabad, and frankly, to China,” Byrne said.

Meanwhile, Gabriel Sterling, Georgia’s Voting System Implementation Manager, said in a press conference at the end of November, “I can guarantee that this is the most secure election in the state of Georgia.

“Nothing was shipped overseas, no votes were switched. We did a hand audit that proved no votes were switched,” Sterling said. The Trump campaign has challenged the results of the hand audit, arguing that the recount could be invalid if counting illegally submitted ballots. It has been requesting signature matching in Fulton County, where the majority of fraud allegations were seen.

“If we don’t get the voting right, everything else is built on quicksand,” Byrne told “Focus Talk.”

“I think that the Achilles heel of liberalism is corruption of the institutions,” Byrne continued. He suggested that the CCP (China Communist Party) long ago realized this and has been doing influence peddling in the United States for 20 or 25 years. He said he believes that the CCP also has had a hand in interfering in the November elections.

But he expressed some optimism that America still has its Supreme Court and federal judicial system. He indicated that if they could hold up for two years, there’s a possibility to “flip Congress, maybe flip the Senate.”

Elections for the House of Representatives are held every two years. For senators, it’s every six years. Thirty-four of the 100 Senate seats are up for re-election in 2022.

Byrne pointed out that the Supreme Court should make some decisions in response to some of the cases that are in front of them, to ensure integrity and transparency in America’s election system.

“Everything’s going to be about ballot integrity,” he said. “Get involved. If we don’t do that, the next time it’s over, it is over. So we have to get it done two years from now.”