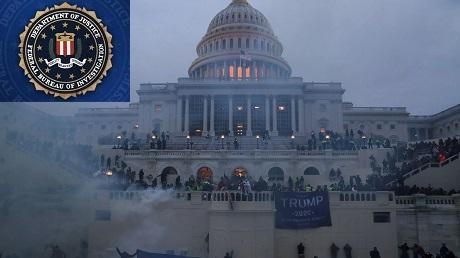 An FBI official on Wednesday testified at a Senate hearing that she has no knowledge of any guns being recovered from suspects who were arrested during the Jan. 6 Capitol breach.

When asked by Sen. Ron Johnson (R-Wis.) about whether firearms were recovered or if any suspect was charged with firearms offenses, FBI counterterrorism official Jill Sanborn responded: “To my knowledge, none.”

“I believe that the only shots that were fired were the ones that resulted in the death of the lady,” Sanborn also testified, referring to the officer-involved shooting of Ashli Babbit.

Johnson previously told news outlets that the term “armed insurrection” used by some Democratic officials, including House Speaker Nancy Pelosi (D-Calif.), and mainstream news outlets is incorrect as no guns were recovered.

Videos posted online appeared to show some alleged rioters in melee battles with Capitol Police officers. In one instance, a man was seen hitting an officer with an American flag. A firearm was also recovered from a van containing Molotov cocktails near the Capitol complex, according to reports. Officer Brian Sicknick died either during or after the melee, but officials have not released his cause of death—while his mother told the Daily Mail last week that she believes he died of a stroke and wasn’t beaten to death by a fire extinguisher, as some reports suggested.

“I would say, if it’s properly termed an ‘armed insurrection,’ it was a pretty ragtag one,” Johnson remarked in his interview with the New York Times last week.  “This didn’t seem like an armed insurrection to me. When you hear the word ‘armed,’ don’t you think of firearms? Here’s the questions I would have liked to ask: How many firearms were confiscated? How many shots were fired?” he also said.

Johnson added: “If that was a planned armed insurrection, you really have a bunch of idiots.”

The senator’s comments drew a rebuke from media pundits and congressional Democrats, who attempted to characterize him as someone who is sympathetic to the rioters.

Separately on Wednesday, the U.S. Capitol Police said Wednesday it has obtained intelligence pointing to a possible plot by a militia group to breach the building on Thursday.

The statement did not name the organization but called it “an identified militia group.” Thursday marks the date when some have claimed that Trump, defeated by Biden in the Nov. 3 election, will be sworn in for a second term in office.

A day before that, FBI Director Christopher Wray said that the Jan. 6 incident is being classified by the agency as “domestic terrorism.”

There was no indication that the Senate or House would alter their legislative activities on Thursday. The House is aiming to debate and pass a policing reform bill on Thursday. The Senate could be in the midst of a potentially long debate and votes on a COVID-19 aid bill.

DOJ being pressured to investigate BLM terrorist funding. Republicans Join Calls to Investigate Funding Behind Black Lives Matter Riots. Justice Department called on to find out who is paying for violent leftist rioting. Republicans are calling on...