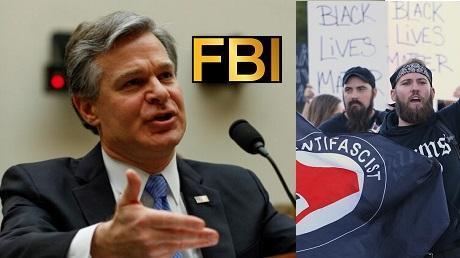 FBI Director Christopher Wray made clear that the far-left group Antifa “is a real thing and not a fiction,” adding the FBI is investigating Antifa-linked individuals connected to violent acts.

Wray, in remarks in front of the House Homeland Security Committee hearing Thursday, said that Antifa is more of an ideological movement, adding that there are suspects under investigation who have claimed to be part of it.

“Antifa is a real thing. It’s not a group or an organization. It’s a movement, or an ideology may be one way of thinking of it,” Wray said in front of the panel. “And we have quite a number—and I’ve said this quite consistently since my first time appearing before this committee—we have any number of properly predicated investigations into what we would describe as violent anarchist extremists and some of those individuals self-identify with Antifa.”

However, Antifa does have “small groups,” or “nodes,” Wray said. The FBI is currently “actively investigating the potential for violence” from these “regional nodes,” he said.

Some Democratic officials over the summer, including House Judiciary Committee Chairman Jerrold Nadler (D-N.Y.), have said that Antifa has not carried out violent attacks in Portland, Oregon. The claim to the contrary is “myth that’s being spread only in Washington DC,” Nadler said in late July when asked. 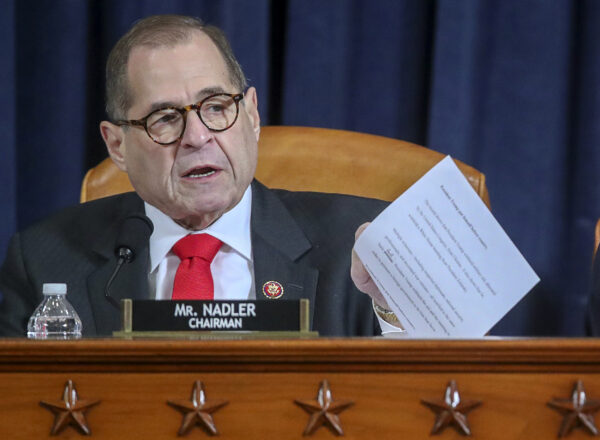 Wray on Thursday was responding to an inquiry from Rep. Debbie Lesko (R-Ariz.), who alleged that Democrats called Antifa a “fantasy.” Later in the hearing, Rep. Donald Payne (D-N.J.) asked him again about the far-left group.

“Antifa is a real thing. It’s not a fiction,” Wray again said. “But it’s not an organization or a structure.”

“They say ‘I am Antifa,'” Wray said of certain suspects. 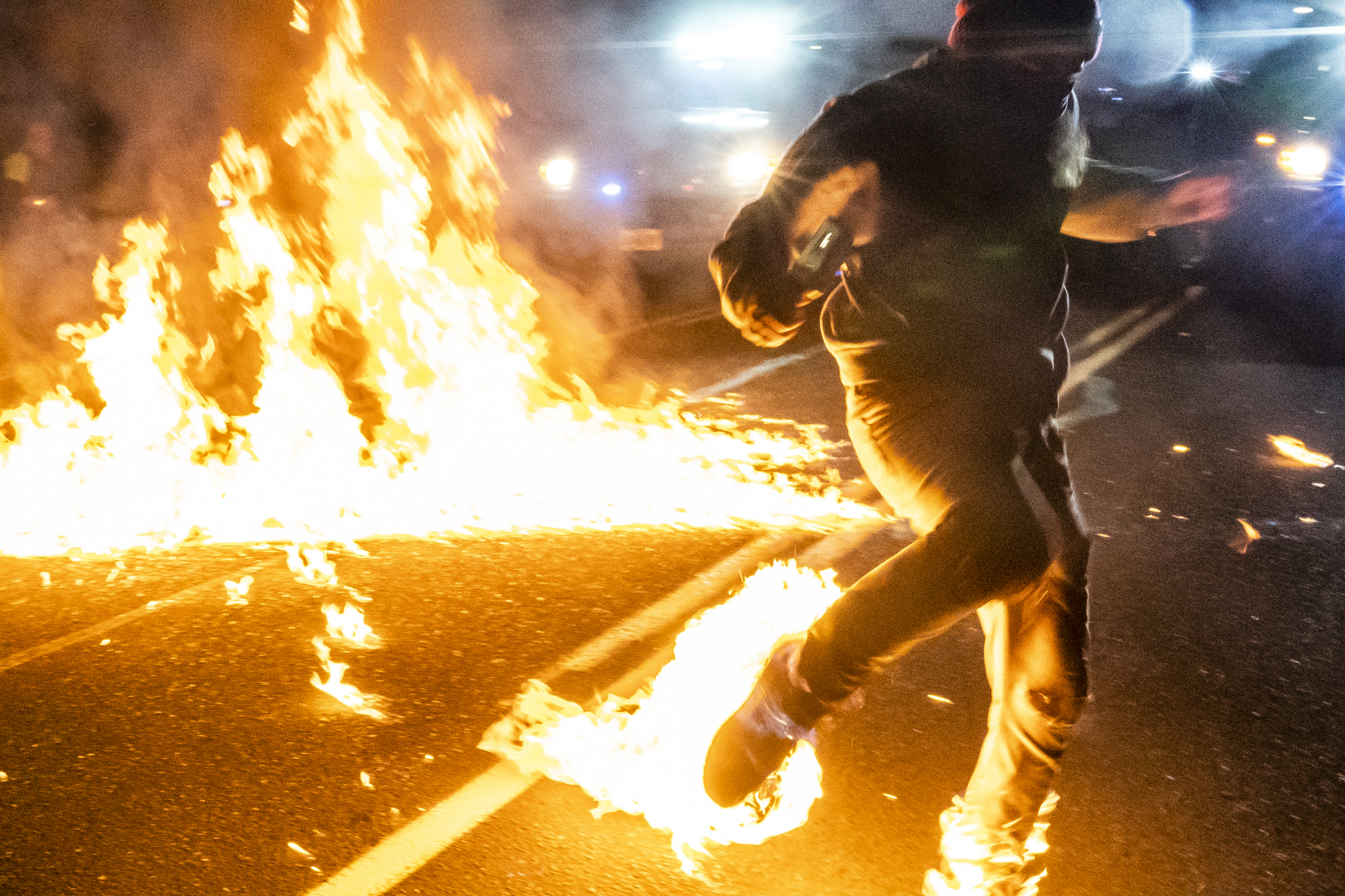 An individual whose feet caught fire after a molotov cocktail exploded runs toward a medic in Portland, Ore., on Sept. 5, 2020. (Nathan Howard/Getty Images)

Republicans on the House Judiciary Committee called on Nadler for launching an investigation into President Donald Trump while ignoring far-left political violence that erupted in various metropolitan areas in the wake of George Floyd’s death. Portland has been hit the hardest, with riots and unrest on a nightly basis and hundreds of arrests.

Trump, in the midst of the unrest and protests, has touted himself as the “law and order” candidate while saying Democratic rival Joe Biden would capitulate to mob rule and lawlessness. Biden in recent days has denied those claims.

“I’ve condemned it across the board,” Biden told WGAL on Monday, referring to the overall violence.

Earlier this week, Biden was asked about whether he condemns Antifa. “Yes, I do, violence no matter who it is,” he replied.

Attorney General William Barr last month described Antifa as a “revolutionary group” like the “Bolsheviks” who toppled Tsarist Russia 100 years ago, and it seeks to establish socialism or communism in the United States.