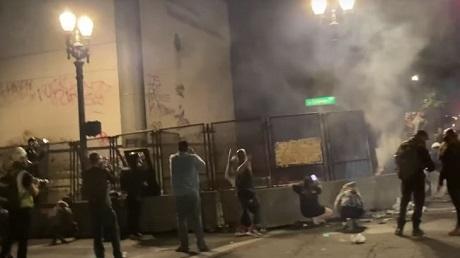 Every night for months now, rioting has broken out in American cities. Whatever the pretext — the cops shoot a black guy, a Supreme Court justice dies while a Republican is president, somebody in a red hat dares to go out in public — aimless, cowardly morons with nothing better to do keep smashing windows and starting fires and beating people up and shooting cops in the street. It’s gotten so bad that even Nancy “People Will Do What They Do” Pelosi has been forced to speak out against it. The news outlets that insisted for months that this is “fiery but mostly peaceful protest” and “not, generally speaking, unruly” are running out of lies. America is watching all this chaos, and we’re getting pretty f#(&ing fed up.

So, speaking as a cuck RINO traitor who probably wanted Hillary to win, I applaud the following item of news. NBC New York:

New York City is one of three places that “have permitted violence and destruction of property to persist and have refused to undertake reasonable measures to counteract criminal activities,” leading to its designation as an “anarchist jurisdiction,” the Justice Department said Monday…

In justifying its decision, the DOJ cited New York City’s rising gun violence, cuts to the NYPD’s budget, and moves by various district attorneys not to prosecute charges related to protests earlier this summer…

“We cannot allow federal tax dollars to be wasted when the safety of the citizenry hangs in the balance. It is my hope that the cities identified by the Department of Justice today will reverse course and become serious about performing the basic function of government and start protecting their own citizens,” Attorney General William Barr said in a statement.

Good. If a city won’t use the taxpayers’ money to protect taxpayers from hordes of violent criminals, why should an entire country of taxpayers keep bailing out the city’s failed and corrupt leadership?

If Trump Comes for Antifa, He’s Coming After You, NYT Columnist Warns

Portland and Seattle are also anarchist jurisdictions now. Months and months of nightly rioting will do that, I guess. Don’t you wish you lived there? If you do live there, aren’t you glad you’ve stayed?

The rich libs are, at least. This doesn’t affect them personally, so how can it be real?

This would be funny if the fake anarchist threat wasn't being invented by people who pose a real fascist threat https://t.co/xNWEmzpV3i

Eight million people crammed into 300 square miles live in relative peace, abiding by myriad laws and regulations, creating an imperfect but often-admirable urban union.
Or, as the Department of Justice has it: An "anarchist jurisdiction." https://t.co/Ng5JUyXMK8

I refuse to be lectured by New Yorkers, or Portlanders, or Seattleites, or anybody in any other city who can’t or won’t stop this rioting and looting. Denying that it’s happening won’t make it go away. Hoping these rioters will get bored and find something else to do doesn’t help the victims. These criminals won’t stop until somebody stops them. If Mayors Bill de Blasio and Ted Wheeler and Jenny Durkan and the rest won’t do their jobs, they can keep their grubby mitts off my wallet.

This Social Change Prankster Has Been Pranking Protestors pic.twitter.com/YVDskxQAcB 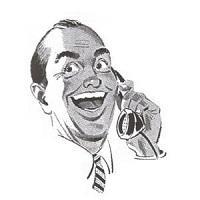 It’s Official: The George Floyd Riots Were the Most Destructive in U.S. History