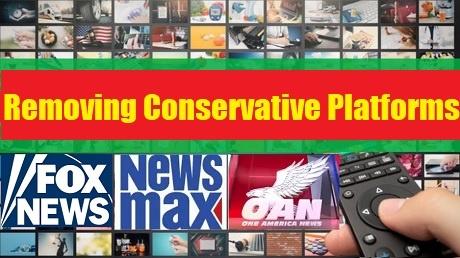 Congressional Democrats are targeting cable providers for carrying conservative leaning news outlets Fox, Newsmax and One America News Network, accusing the networks of spreading “disinformation and extremism” by broadcasting “conspiracy theories and misleading or patently false information” regarding the COVID pandemic and the November presidential election.

The New York Times reported Monday about a letter sent to cable providers by House Democrats:

In advance of the Wednesday hearing, called “Fanning the Flames: Disinformation and Extremism in the Media,” members of the House Energy and Commerce Committee sent a letter on Monday to Comcast, AT&T, Spectrum, Dish, Verizon, Cox and Altice, asking about their role in “the spread of dangerous misinformation.”

…“To our knowledge, the cable, satellite and over-the-top companies that disseminate these media outlets to American viewers have done nothing in response to the misinformation aired by these outlets,” two Democratic representatives from California, Anna G. Eshoo and Jerry McNerney, wrote in the letter, which was reviewed by The New York Times.

…The lawmakers’ letter asks the companies, “What steps did you take prior to, on, and following the November 3, 2020 elections and the January 6, 2021 attacks to monitor, respond to, and reduce the spread of disinformation, including encouragement or incitement of violence by channels your company disseminates to millions of Americans?”

“Are you planning to continue carrying Fox News, OANN, and Newsmax on your platform both now and beyond the renewal date?” the letter continues. “If so, why?”

“The prolonged severity of the COVID-19 pandemic and the attack on our Capitol on January 6 have driven home a frightening reality: the spread of disinformation and extremism by traditional news media presents a tangible and destabilizing threat,” said Pallone and Doyle. “Some broadcasters’ and cable networks’ increasing reliance on conspiracy theories and misleading or patently false information raises questions about their devotion to journalistic integrity. We look forward to hearing from media experts about what is being done and what more can be done to address this growing problem moving forward.”

This hearing will take place remotely via Cisco Webex video conferencing. Members of the public may view the hearing via live webcast accessible on the Energy and Commerce Committee’s website. Please note the webcast will not be available until the hearing begins.

Additional information for this hearing, including the Committee Memorandum, testimony, and the live webcast will be posted HERE as they become available.

Excerpt of committee memorandum on the hearing:

The Media’s Role in the Dissemination of Disinformation
For nearly a year, disinformation regarding the seriousness of COVID-19 and effectiveness of precautionary measures such as mask-wearing and social distancing has helped to worsen the pandemic,7 and those who relied on suspect traditional media sources were more likely to believe COVID-19 conspiracy theories.8 Most recently, after months of false claims that the November 2020 presidential election was stolen from former President Donald Trump, amplified and repeated on particular traditional media outlets, the world watched in horror as rioters stormed the United States Capitol in an attempt to overturn the results of the election.9

It was only after the Capitol riots, and after five people were killed and over 100 wounded, that one radio group which airs programming from many popular talk radio hosts who regularly spread disinformation, distributed a memo telling on-air personalities to stop claiming that the election was stolen.10 On facing legal action, some cable media outlets have aired segments retracting election fraud claims that were made on their networks.11 Similarly, after facing backlash, a particular broadcast media conglomerate canceled the airing of a segment that claimed Dr. Anthony Fauci helped to create COVID-19, though, this outlet continued to air other disinformation about the pandemic.12

The First Amendment to the Constitution:

Congress shall make no law respecting an establishment of religion, or prohibiting the free exercise thereof; or abridging the freedom of speech, or of the press; or the right of the people peaceably to assemble, and to petition the Government for a redress of grievances.

In an ominous sign, the First Amendment was being taken down last week at the old Newseum in Washington, D.C. located between the Capitol and the White House on Pennsylvania Avenue, NW.

First Amendment plates coming down on the Newseum. pic.twitter.com/62xddMlnrn 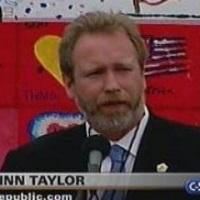 Author: Kristinn Taylor has contributed to The Gateway Pundit for over ten years. Mr. Taylor previously wrote for Breitbart, worked for Judicial Watch and was co-leader of the D.C. Chapter of FreeRepublic.com. Mr. Taylor studied journalism in high school, visited the Newseum and once met David Brinkley. @KristinnFR