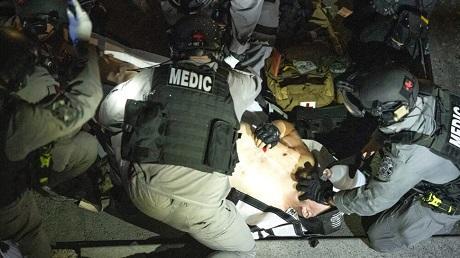 Brutal murder of Trump supporter by BLM/Antifa detailed. Saw Our ‘Hats’ And ‘Hunted Us Down’: Alleged Witness Recounts Fatal Shooting Of Right-Wing Protester In Portland "We've got a couple of 'em right here, pull it out, pull it out!"

An alleged witness to the fatal shooting of right-wing protester Aaron Jay Danielson in Portland said he and Danielson were “hunted” by apparent left-wing Antifa members after they were spotted wearing Patriot Prayer hats.

“We’ve got a couple of ’em right here, pull it out, pull it out!” the alleged witness recounted them saying, during an interview posted to YouTube by The Common Sense Conservative on Saturday.

A portion of the interview went viral on Monday after journalist Ian Miles Cheong posted it.

The alleged witness said he believes he and Danielson were targeted because of their hats but also because they were unarmed and alone.

“They executed my partner, they hunted him down, they hunted us down,” he recalled. “They recognized our Patriot Prayer hats.”

Some have described Patriot Prayer as a “far right” or “white supremacist” group, though even left-wing Slate has acknowledged that founder Joey Gibson has routinely and unequivocally denounced racism, bigotry, and white supremacy by name for years.

The Patriot Prayer member said he processed that he was shot at and that he was okay, but when he turned to Danielson, he saw he was hit, later understanding he was shot in the chest. “They blew out his heart.”

“Jay’s dead because he believes something different,” he said, noting that the victim was not a “xenophobe” or any other “-ism.”

The alleged witness says the shooter, who was notably dressed in “all white” instead of the typical black, did not know him or Danielson before the attack but believes the two were targeted because of their beliefs and because they were alone and unarmed.

The man said he fears there will be more bloodshed and emphasized that leaders who “underhandedly provoke violence on social media” need to be removed.

When asked about the right time for President Donald Trump to send in troops, the alleged witness responded, “90 days ago.”

As noted by The Daily Wire, President Trump has repeatedly attempted to send in the National Guard to Portland, though he has been rejected by Democratic Mayor Ted Wheeler.

Jay was executed for being a Trump supporter. pic.twitter.com/AmnA1hLhXq 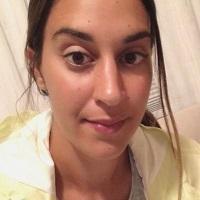 Author: Amanda Prestigiacomo is a staff writer for The Daily Wire, focusing on a range of news issues with an emphasis on culture. She’s based in New York and has been working in conservative media since 2015. @AmandaPresto