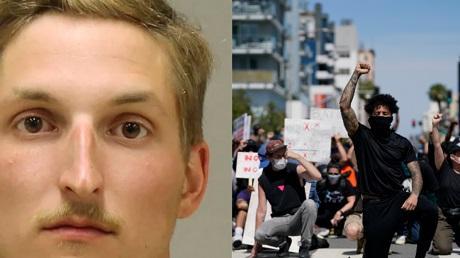 BLM supporter tied to Whitmer kidnap plot. The far-left Washington Post buried the news one of the alleged plotters in the scheme to kidnap Gov. Gretchen Whitmer (D-MI) is a Black Lives Matter supporter.

You have to trudge through more than a dozen paragraphs to find this:

One of alleged plotters, 23-year-old Daniel Harris, attended a Black Lives Matter protest in June, telling the Oakland County Times he was upset about the killing of George Floyd and police violence.

But-but-but I was told by the media, Joe Biden, and Whitmer all the plotters are right-wing, racist, militia men inspired by Donald Trump!!!

Well, like everything else the national media and Democrats tell us, that was just one more big, fat fucking lie.

So among the alleged plotters, we can add Daniel Harris (pictured) to the list of those who do not fit the fake news media’s fake narrative about the whys and wherefores behind this appalling plot.

Also on that list of accused plotters is Brandon Caserta, who you can watch rail against Trump here. Please note Caserta’s anarchist flag and phrases like Trump “is a tyrant!”

And then there’s accused plotter Pete Musico, who you can watch speak out in favor of racial harmony as he attacks the police here.

Another fairly important piece of information, this time about all of the alleged plotters, is wrist-flicked by the fake news artists at the Washington Post: [emphasis added]

As their anger mounted, they trained together with firearms and experimented with explosives, discussing plans to storm the state capitol building and attack police officers in their homes, authorities said.

“Attack police officers in their homes?”

ATTACK POLICE OFFICERS IN THEIR HOMES!?

Does that sound to you anything like a militant group of MAGAMEN taking subliminal orders from Trump’s secret dog whistle?

Close your eyes and picture the words “attack police officers in their homes” and what do you see? You know what you see… You see the left-wing terrorists in Antifa and Black Lives Matter… It’s all two sides of the same coin.

Finally, let me say this…

One of the most dishonest conceits the media hang their hat on to pretend this alleged plot to kidnap Whitmer was some sort of dastardly MAGA plot is that some of the alleged plotters are in favor of less government.

I mean, a lot less government…?

As in no government at all…?

Overall, 13 people have been charged in some capacity with this plot, and we now know — according to the actual charging documents — that they stand accused of wanting to attack police officers in their homes, which is anathema to everything Donald Trump has stood for throughout his presidency and stands for now as the left wreak havoc across the country with the blessing of the national media and Democrats.

And we all know who is in favor of attacking the police, who is inspiring all of this hatred and violence against the police —  Democrat politicians like Whitmer and Biden, and media outlets like the Washington Post.

So when the media and Biden and Whitmer tell you Trump inspired this, that’s a lie.

But you already knew that. 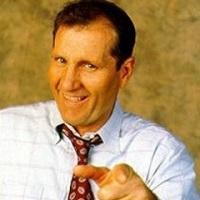