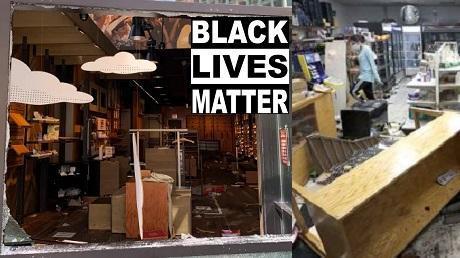 Did everyone misinterpret the statement on Monday from Black Lives Matter Chicago? In their response to the organized pillaging of the Windy City’s Magnificent Mile, BLM Chicago claimed that “these corporations have “looted” more from our communities than a few protesters ever could,” suggesting that they saw the attack as a form of restorative justice.

Ariel Atkins: A lot of people are really attacking our pages. They’re like, ‘Oh, you support the looters.’ And yeah, we do, 100%. That’s reparations. And like however people choose to protest, especially if it was definitely in line with what happened with the shooting, which would be powerful to see people reacting … without organizers just being like, ‘We’re angry and this is what we’re gonna do. We’re gonna take the power back.’

I feel like these stores, these Macy’s, these Guccis, the PNC Banks, they’re not here for us. The city puts way more money and investment into spending time and protecting their spaces and making sure that they exist. And yet our people are constantly being pushed out of the city. … Unemployment is incredibly high, like we are in an incredible situation, and the fact that anybody gives a s*** about these businesses over what is happening in this city right now and the pain that people are in and the suffering that is taking place, I don’t care. I will support the looters ‘till the end of the day. If that’s what they need to do in order to eat, then that’s what you’ve got to do to eat.

When asked whether this violence and massive destruction interferes with the BLM message, Atkins insists it is the message. BLM wants nothing less than revolution:

What do you say to people who argue looting undermines Black Lives Matter’s message?

Atkins: I think that those people are forgetting the way that history has ever worked. The way that history has worked, the way that we’ve ever gotten wins, has never been through peaceful protests alone, and I will say with quotes, “peaceful protests.” Winning has come through revolts. Winning has come through riots. Winning has come through constant, constant work. … The only people that can undermine our movement are the police, our oppressors, and then us when we don’t believe in the people that we’re fighting with. If we are constantly trying to tell each other exactly the right way to do it, as opposed to finding ways to support each other and get that collective win, that is undermining. I don’t undermine my movement.

In other words, no one misinterpreted the message on Monday. BLM Chicago, at least, not only condones looting and rioting, they are actively promoting both as strategies for revolution. The organization has little interest in peaceful change through democratic means, at least according to the activists within the group.

That prompts a series of questions. Does the national BLM organization agree with BLM Chicago’s position? If so, does that change their legal status? It certainly should at least change their media status as nothing more than a civil-rights organization. And it should cause everyone to rethink exactly how America’s cities got so out of hand this summer, and why. 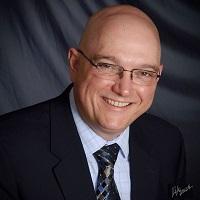 Author: ED MORRISSEY. Ed Morrissey is Senior Editor and Correspondent for HotAir.com, a virtual hotspot for conservative political discourse. He hosts The Ed Morrissey Show, a twice-weekly video-stream talk show via HotAir. He also writes regular columns for The Week and The Fiscal Times. In 2013, Ed traveled to Vatican City to cover the papal conclave, and is a member of the Catholic Press Association.
Read full article on HOTAIR.com

Hotair.com provides news analysis and commentary from a conservative perspective.
Prev Next