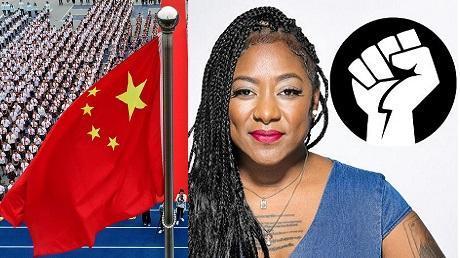 BLM and it's ties to China. Ties Apparent Between China and Project of Black Lives Matter Co-Founder.

In an exclusive commentary last week for The Daily Signal, Gonzalez wrote that Alicia Garza, one of three founders of the Black Lives Matter organization, had partnered with a left-wing San Francisco group known to carry water for China: the Chinese Progressive Association. Gonzalez joins The Daily Signal Podcast to discuss the ramifications.

We also cover these stories:

“The Daily Signal Podcast” is available on Ricochet, Apple Podcasts, Pippa, Google Play, and Stitcher. All of our podcasts may be found at DailySignal.com/podcasts. If you like what you hear, please leave a review. You also may leave us a message at 202-608-6205 or write us at [email protected]. Enjoy the show!

Mike Gonzalez: Hey, Rachel, it’s entirely my pleasure. How are you?

Del Guidice: I’m good. It’s good to be with you. We want to talk about some recent investigative reporting that you did for “The Daily Signal.” And in an exclusive op-ed, you found that Alicia Garza, who’s one of the three founders of the Black Lives Matter organization, had partnered with the left-wing San Francisco group that has been known to carry water for China, the Chinese Progressive Association-San Francisco.

Before we get into all that, who is Alicia Garza? What are her ties to Black Lives Matter? And what is her organization that you’re looking at?

Gonzalez: … It’s best to think of her as somebody who sits a top an expansive global revolutionary network. She founded the main Black Lives Matter organization. In fact, she came up with the slogan.

The other two women who co-founded Black Lives Matter are Patrisse Cullors and Opal Tometi. All three of them are committed Marxists, anti-capitalist. Alicia Garza has said many times that she wants to smash capitalism, that one cannot reach liberation in capitalism.

That is an outfit that was created in 1972 at the height of the Cultural Revolution by a … paramilitary group called I Wor Kuen. I Wor Kuen was a Maoist outfit, created the Chinese Progressive Association in San Francisco. And from the start, the Chinese Progressive Association promoted the thoughts of Mao and the ideas of China’s revolution and the Cultural Revolution.

Del Guidice: Let’s talk a little bit about the Chinese Progressive Association. What do they do? How did they start? And what are their ties to China?

Gonzalez: [The] Chinese Progressive Association, as I said, from the beginning promoted revolutionary thought in America. It’s gone too bad for China a couple of times. Recently, for example, this year, it partnered with other pro-China groups in sending the Biden administration a letter saying that it supported Biden and wanted [former Vice President Joe] Biden to beat [President Donald] Trump.

But it warned the Biden campaign not to engage in what it called … “China bashing,” saying, “Criticism of China will cost you at the ballot box,” kind of a warning.

Then, about three years ago, it again partnered with other groups to seek to deter the Justice Department from investigating spying in the United States by China saying that it was a form of racial profiling.

That is obviously nonsense. China is a country. In fact, it’s a rival of the U.S. We must protect ourselves. [It has] nothing to do with racial profiling. The Chinese Communist Party suppresses the rights of 1.2 billion Chinese in China. So those are the things that it does.

It radicalizes young Chinese. Trevor Loudon of The Epoch Times—a newspaper that is associated with the Falun Gong faith, which is harshly persecuted in China—he says what they do is push the Beijing line in Chinatown and try to convince young Chinese and bring young Chinese Americans into the Beijing orbit.

Del Guidice: Mike, you’ve talked about this a little bit, but let’s delve into this a little bit more. What did you find out between the ties of the Black Futures Lab and the Chinese Progressive Association?

But the connections between Garza and the people who run the CPA San Francisco are stronger than that. Garza, for example, spoke at a LeftRoots meeting in 2015. I think she’s a member also of LeftRoots, I’ll have to double check that. And Pam Tau Lee, one of the founders of CPA San Francisco is also a member of LeftRoots.

Del Guidice: Since the Black Futures Lab isn’t Black Lives Matter, but a different organization, why do you think that they’re both connected?

Gonzalez: Well, the Black Futures Lab does say it on its website, that it partners up with Black Lives Matter. Everything under Alicia Garza is the same, as I said, they’re ventures of the same empire. And the Black Futures Lab, I believe, is kind of a lobbying arm of the whole entire thing.

Del Guidice: In your report, Mike, you talk about how the threat of foreign interference in our domestic affairs is really a serious matter. Do you think that’s what’s going on here?

Gonzalez: Well, one has to investigate. Let’s put it another way. If the same thing were happening with Vladimir Putin’s Russia, that say that far-right zealots were destabilizing our country and our cities and calling for an ethnostate, and you were to find that one of them was fiscally supported by a group in America that has supported Russia.

For example, one of the things that CPA San Francisco has done, it creates this thing called the China Education and Exposure Program, which brings Americans and people, China, thought leaders in China, together to help Americans understand better the revolutionary thought of China.

They meet there with people from the party, the CPP, the Chinese Communist Party, but also with non-party people. If the same thing were happening with Russia and right-wing protesters, you can bet your life that it’ll be on the front page of newspapers.

Del Guidice: Mike, what do you think China is looking to achieve in the U.S. in 2020? And even on a broader angle, how does China insert itself into American life currently?

Gonzalez: Well, we know for a fact that China gives moral support to the Black Lives Matter organizations. Let’s not forget that according to a paper that was released last week, the BLM organizations are related to 95% of the riots we have had this summer. So the link is very strong.

China also has, as I said, Chinese government spokesman officials have given support to the goals of the BLM organizations. So the moral support we know is there, for sure. And it comes from Beijing.

They’re registered separately and run separately, but they were both created by I Wor Kuen, by people from I Wor Kuen. They both have done pro-China work. I have detailed what the Chinese Progressive Association of San Francisco has done. The Boston CPA has also been involved with the Chinese government. … Again, they’re members of the same organizations.

Del Guidice: On Monday, former NFL player Herschel Walker tweeted that funding from China is going toward Black Lives Matter. So, Mike, maybe he read your report or looked at it. Did you happen to see his tweet? And what did you think of it?

Gonzalez: I didn’t see his tweet. And I think it’s best to think of the overlap as ideological, unless we can establish that there has been funding from China to the organizations.

Look, these organizations are getting a lot of money from U.S. corporations, from U.S. foundations, like the Ford Foundation and a lot of the Fortune 500.

I think more worrisome to me is the ideological overlap that exists between an organization that from the start was very Maoist and the Black Lives Matter movement.

I mean, that is, to me, hugely important because the Black Lives Matter organization does not want to be seen as Marxists and the U.S. media protects it. And in fact, over the weekend, they were scrubbing their website of Marxist language because of the criticism they have received.

The fact that there’s an overlap with a group in San Francisco that was started from the beginning to promote the thoughts of the Cultural Revolution and to this day goes to bat for China is, for me, much more worrisome. China is, after all, the world’s largest communist state.

Del Guidice: Mike, that was actually my very next question. I was going to ask you about how Black Lives Matter has been removing the Marxist language from their websites. Can you expand on this a little bit more? Why do you think they’re doing this all of a sudden?

Gonzalez: It’s a page right out of the Soviet Union. The Soviet Union airbrushed people that if somebody was purged and sent to the firing squad, and oops, there was a picture of him next to Stalin, what they would do is just airbrush that person out of the picture.

So Stalin’s standing by the bridge with other people, not with somebody who had just been shot. The communists have no compunction about changing the past. Marxists, as a rule, do not.

So that is a good example of changing the past.

It’s completely coincidental, perhaps, that Nikole Hannah-Jones, the founder of the 1619 Project, also burned her Twitter feed and purged it over the weekend at the same time Black Lives Matter was purging Marxist language from its website.

Gonzalez: I think that Black Lives Matter should have been investigated a long time ago. I think if you have an organization that is involved with 95% of the riots and disturbances in this country, one has to wonder why aren’t they being questioned by Congress?

I think the fact that they have this overlap with this pro-PRC group in San Francisco is also a matter that should interest Congress. It should interest the media. The media has been really faltering here.

Del Guidice: Lastly, Mike, you’ve been doing a lot of research, a lot of writing, and everything that you’ve done in the past couple of days since all this has come out, … if there’s any one thing you could put your finger on about what was most surprising to you, what would that be?

Gonzalez: Nothing really surprises me. That didn’t surprise me, that Black Futures Lab is a fiscally sponsored project of a pro-PRC group in San Francisco. I am surprised that the media, The New York Times did what it did. I was a bit surprised, but not really.

Del Guidice: Well, Mike, thank you so much for spending time with us and for talking about all this on “The Daily Signal Podcast.” It’s great to have you with us. 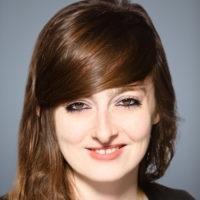 Author: Rachel del Guidice is a congressional reporter for The Daily Signal. She is a graduate of Franciscan University of Steubenville, Forge Leadership Network, and The Heritage Foundation’s Young Leaders Program. @LRacheldG
Read full article on The DAILY SIGNAL
Did you like it? Share your thoughts!
Whatsapp