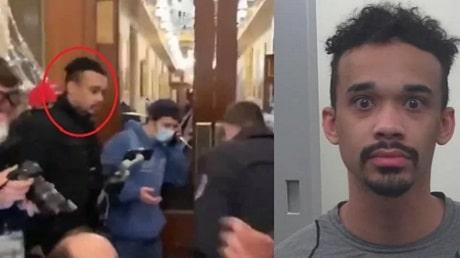 Antifa/BLM's Role in Capitol Bldg Siege Not Being Reported. IGNORED BY MEDIA AND FBI: Antifa-BLM Activists Are Posting Photos and Bragging Online About Storming US Capitol on Jan. 6.

Earlier this week we asked the question:
“Can We Reform a FBI that Behaves Like a Gestapo?”

It is a legitimate question to raise because there are still some patriots serving within the ranks of the FBI who are beyond distraught over the gross politicization of their once proud, respected organization. Some of the men and women with 20 years in are simply counting days and hours until they can punch out. There is genuine, deep seated hatred for Christopher Wray and his coterie of lackeys eager to suckle on the teat of the Deep State.

The final straw for many in the bureau is the dishonest response to the January 6 swarm at the U.S. Capitol. For starters, the FBI had intelligence about Antifa’s plans to infiltrate the crowds of Trump supporters and incite violence. But the FBI also was manipulating some of the very groups labeled as “white supremacists”, e.g. the Proud Boys.

The FBI claims they are looking for the perpetrators and organizers of violence on January 6th.
But are they really?

There is more and more evidence that Antifa-related groups and individuals were planning the violence on January 6th and now they are even bragging about it online.

Antifa organizer John Sullivan organized an Antifa rally across from the US Capitol on January 6th an hour before the violence started.

NOT MAKING HEADLINES: Utah Activist John Sullivan Organized Antifa Protest Near US Capitol Before It Was Stormed — Tweeted About BLM Buses in DC on the 6th

As we reported earlier BLM-Antifa activist John Sullivan organized a BLM-Antifa event at the Washington Memorial on Wednesday, January 6th. And now Antifa protesters are openly bragging online about their involvement in the US Capitol riots.

Via Thread Reader and Jess us. There were actually three Antifa-BLM protests organized on January 6th before the US Capitol riot. The Antifa organizer John Sullivan was inside the US Capitol dressed as a Trump supporter.

Unfortunately, the FBI refuses to follow this evidence.
Maybe this will help them. 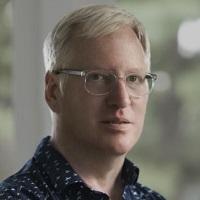 Author: Jim Hoft is the founder and editor of The Gateway Pundit, one of the top conservative news outlets in America. Jim was awarded the Reed Irvine Accuracy in Media Award in 2013 and is the proud recipient of the Breitbart Award for Excellence in Online Journalism from the Americans for Prosperity Foundation in May 2016.