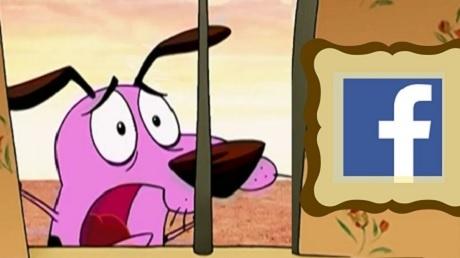 Facebook categorizes content that violates its policies into several categories; violence and incitement, dangerous individuals and organizations, coordinating harm and publicizing crime, regulated goods, and fraud and deception. Each category has specific descriptions for what falls into them, but some have argued that it’s not enough.

“This test is part of our larger work to assess ways to provide resources and support to people on Facebook who may have engaged with or were exposed to extremist content, or may know someone who is at risk,” a Facebook spokesperson told CNN. “We are partnering with NGOs and academic experts in this space and hope to have more to share in the future.”

The notifications ask users if they would like to receive “confidential support” for themselves or a friend.

“Are you concerned that someone you know is becoming an extremist?” one notification asks. “We care about preventing extremism on Facebook. Others in your situation have received confidential support.”

Another alert warns users about “violent groups” trying to “manipulate” them.

“Violent groups try to manipulate your anger and disappointment,” it says. “You can take action now to protect yourself and others.”

Screenshots of the alerts quickly went viral on social media, with some commentators saying that the initiative took things too far.

Freelance writer Jack Hunter said that Facebook is becoming extremist, not its users.

U: Who did it came fromm

FB: Would you like some help to protect yourself and others?

U: Yes can you tell me what it was th-

FB: This was a test.

The warning is part of Facebook’s response to people calling for the platform to do more to moderate content. After accusations that President Donald Trump incited the Jan. 6 riot using Facebook, the platform – along with most major social media platforms – suspended his account. During a November hearing on social media and misinformation, Democratic lawmakers put pressure on Facebook and Twitter to censor more content, including “hate speech.”

A report by The Associated Press said that QAnon and militia movements were able to “promote violence” during the election using Facebook groups. The Guardian cited experts who said that policy changes to no longer recommend political groups to people don’t “do enough to combat the long history of abuse that’s been allowed to fester on Facebook.” Morning Consult said that Facebook has “neither the capacity nor the will to comprehensively remove violent extremist content and misinformation.”

This is the kind of harassment Black people experience daily on the platform. If your policy enforcement process isn’t flagging these blatantly racist attacks, then what is it doing? (Oh, right — it’s putting Black people on timeouts for talking about racism.)

Online hate speech against women can, and is, preventing #women from participating in healthy debate online.

What can social media networks do to stop it?

Marisa Jiménez, from @Facebook, tells us what they are doing.

Everything you said is just objectively false..conservatives are such whiners, this incessant victim complex is beyond exhausting!. No one‘s against “free speech“, you’re just pissed that “ freedom of speech” does not mean freedom from CONSEQUENCES of that speech. DONT be moronic 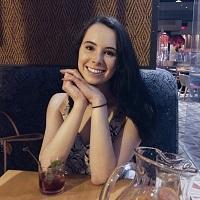 Founded in 2010 by Tucker Carlson, a 20-year veteran journalist, and Neil Patel, former chief policy advisor to Vice President Cheney, The Daily Caller is one of America’s largest and fastest-growing news publications. Our team of experienced, full-time reporters and editors works around the clock to deliver award-winning original reporting, in-depth investigations, entertainment, thought-provoking commentary and up-to-the-second breaking news.
Next