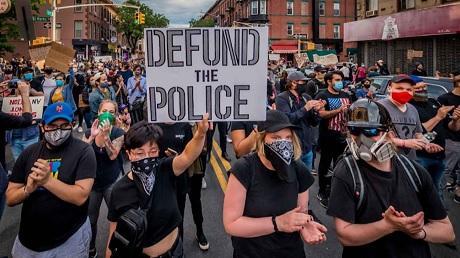 Police Defunding, Like Communism, Can’t Fail. No matter how many people die, it’ll never be enough.

“I guess you can use a snappy slogan, like ‘defund the police.’ But, you know, you lost a big audience the minute you say it," Barack Obama complained.

Obama was pretending that there had never been a serious push to get rid of the police, and after spending eight years mainstreaming black nationalism and the pro-crime politics of police defunding was trying to pretend it was just an edgy slogan calling for “criminal justice reform”.

That would have come as news to Minneapolis residents, the birthplace of the third wave of Black Lives Matter riots, where the city council had embraced police defunding, before backing off as the city tottered under an unprecedented wave of murders, assaults, and robberies.

"It’s not a slogan but a policy demand," Rep. Ilhan Omar, the antisemitic Islamist adultress accused of marrying her brother, snapped.

“With all due respect, Mr. President—let’s talk about losing people," Rep. Cori Bush, the latest member of the socialist squad, ranted. "It’s not a slogan. It’s a mandate for keeping our people alive. Defund the police.”

A women’s shelter opposed police defunding proposals and described women sleeping with their feet to the windows out of fear that a stray bullet will strike them in the head.

“I have relived that night many times, hearing the sounds of the bullets hitting my radiator and drywall spraying everywhere,” a South Minneapolis resident told councilmembers at a hearing, and called police defunding a, “sociology experiment that obviously doesn’t work.”

But you can say the same thing about virtually any left policy from soda taxes to Communism.

Councilman Jeremiah Bey Ellison, the son of Minnesota Attorney General Keith Ellison, argued that police defunding wasn’t working because it had never been tried. His father had previously suggested that police shouldn’t respond to rape calls. But police defunding has indeed never been properly tried because the Minneapolis City Council failed to formulate any kind of plan.

Ellison blamed the huge surge in crime, including a 537% increase in carjackings in the birthplace of police defunding, on “conventional wisdom” and the “century-long failure to create a public safety system that is not police-only.” The public safety system isn’t ‘police only’. It already includes a huge component of social services. The reason we have the police is that the billions that are already thrown at social services rarely stop crime. Billions more won’t fix it.

The obvious problem with police defunding or abolition is that its proponents have no plan for dealing with crime beyond telling victims to suck it up and offering the perps social services.

Real police defunding calls for getting rid of the police, prosecutors, and prisons, before replacing them with therapy sessions for criminals under the name ‘restorative justice’. When the godmother of police defunding tried it out with a Black Lives Matter rapist, he kept on raping.

When CNN’s Wolf Blitzer asked Minneapolis City Council President Lisa Bender who would respond to an active shooter, after repeatedly talking about replacing the police, she and her colleague responded that it would be the job of the police. There’s still no better answer.

Police defunders insist that crime is caused by an unjust society and will go away when enough money is invested into the welfare state, affirmative action, and critical race theory training.

Minneapolis Democrats can’t answer who would deal with an active shooter because their ideology tells them that active shooters won’t exist once they finish reforming society. This is a familiar enough argument from leftists explaining how Communism was going to function. Those same theoreticians would then go on to explain that real Communism had never been tried.

The advocates of police defunding will go on holding up their imaginary utopia as an ideal while claiming that like Communism, it never failed because it had never been properly implemented.

Even if some city is insane enough to actually abolish the police and prisons, and put the entire budget into social services, it still won’t be enough because the entire system will still be centering whiteness. Get rid of all the white people and there’ll be internalized whiteness.

And defunding advocates, like Omar, Tlaib, and Bush, will go on arguing that it was never tried.

But no city will go that far. There are police union contracts and chambers of commerce to contend with. Instead police budgets will be cut leading to limited enforcement and crime spikes. That’s already underway in Minneapolis and in cities across the country. The police will keep their heads down until, as in Minneapolis, public outrage leads politicians to ask for their help.

America has been living on this policy seesaw for seventy years, as cities switched between permissive pro-crime policies to crackdowns on criminals without learning from the past. Once crime is under control, the pro-crime arguments about brutal police and the cost of mass incarceration start sounding reasonable to people who forgot what living with crime is like.

But the idea that crime springs from an unjust society, instead of a tainted mind, will never die.

Police defunding shows why a fundamentally stupid idea that is at the root of our social problems won’t go away because, like most utopian nonsense, it can’t be disproven. Or at least it can’t be disproven to the satisfaction of the sorts of lefties who look at millions dead in Russia and China, or a double-digit rise in homicide rates in major American cities, and shrug.

It hasn’t really been tried. Not properly. This time it’ll work.

Criminal justice is one of those areas where there’s a fundamental philosophical difference about the nature of humanity that translates into completely incompatible policies. The fundamental question here is the familiar one of free will. Are criminals free agents or victims?

Asking Minneapolis Democrats who supported police defunding what they plan to do about an active shooter is a meaningless question within their ideological frame of reference because it presupposes that the active shooter has free will and can be stopped by direct intervention. In their holistic view of society, violence causes violence, and the active shooter only exists because we have armed police, fight wars, and let little boys play ‘cops and robbers’.

But that’s much the same answer you get when asking a leftist why there’s alcoholism, wars, or hurricanes. The messianic response in all cases is that these are problems caused by society that will go away when lefties are given enough power to fundamentally transform society.

You don’t give political power to people who think that way or ask them to solve any problems.

Abolishing the police, like abolishing rent, student loans, free speech, religion, and private property, all ideas currently being advocated by the American Left, is just another way of saying that all of our problems are caused by society and will go away when our society goes away.

Police defunding, like Soviet collective farms or socialized medicine, is only the latest lunatic leftist proposal to run aground on the shores of reality while being defended as untested.

The police can never be defunded. They must exist, if only to arrest people who erase Black Lives Matter graffiti or fill in ponds on their own property, and their existence keeps police defunding alive as an enlightened ideal that has never been truly implemented. Like abolishing private property, its absurd impossibility makes it compelling, and keeps the nightmare alive.

Every now and then another attempt will be made to defund the police, leading to hundreds and thousands of deaths, and more assaults, robberies, and rapes than even the FBI can count. Like the Soviet Union or the Minneapolis City Council, the whole thing will fall apart on its own, but its memory will linger as an inspiration to the next bunch of radicals who will try it again.

And the bodies of the people sacrificed to that experiment will linger, forgotten, in cemeteries. 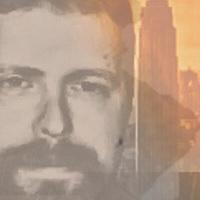 Author: Daniel Greenfield, a Shillman Journalism Fellow at the Freedom Center, is an investigative journalist and writer focusing on the radical Left and Islamic terrorism. @Sultanknish