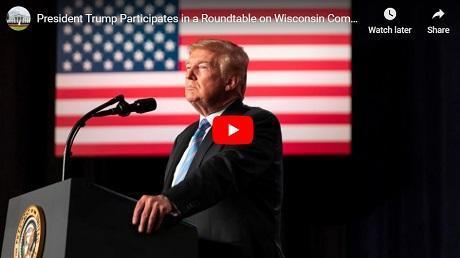 President Donald Trump toured sites of riot damage Tuesday in Kenosha, Wisconsin, meeting with local leaders about how to maintain safety in the city.

Trump visited the city alongside Attorney General Bill Barr and Homeland Security Secretary Chad Wolf and held a roundtable meeting on the city’s status. Local officials including Kenosha Sheriff David Beth, Police chief Daniel Miskinis, and local African-American Pastors James and Sharon Ward also attended, thanking Trump for his help in returning peace to the streets and offering advice on how to solve nationwide unrest for the long term.

Beth praised the Trump administration for the speed with which it offered resources to help quell the unrest in the city. (RELATED: We Witnessed The Kenosha Shootings. Here’s What Really Happened)

A police armored vehicle patrols an intersection on August 24, 2020 in Kenosha, Wisconsin. This is the second night of rioting after the shooting of Jacob Blake, 29, on August 23. (Brandon Bell/Getty Images)

When reporters asked whether the Trump administration supported mandatory body cameras for every police officer in America, AG Barr, Sheriff Beth and Cheif Miskinis said it was a good idea.

Pr. Ward and his wife — the only black Americans at the roundtable — argued that it is critical to include black Americans’ voices in solving the conflicts between communities and their police forces. Pr. Ward also argued that the unrest cannot wholly be addressed by changes to civil law, saying the discontent and anger reaches deeper into American culture.

“There are three types of law that govern our society: Spiritual law, moral law and civil law,” Pr. Ward told Trump. “Most of the conversation here today has been about civil law, but until we focus on spiritual and moral law and change the hearts of people, we’ll have to continue to build bigger jails and build bigger prisons.”

Trump ended the meeting by urging Portland to call for the National Guard just as Kenosha did.

“We’re tired of watching every night with Portland. We’re on night 104 now,” Trump said. “We’d love to help Oregon. We’d love to help Portland…We can have people there in less than an hour.”

The roundtable can be watched in its entirety below. 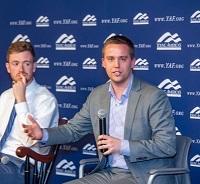