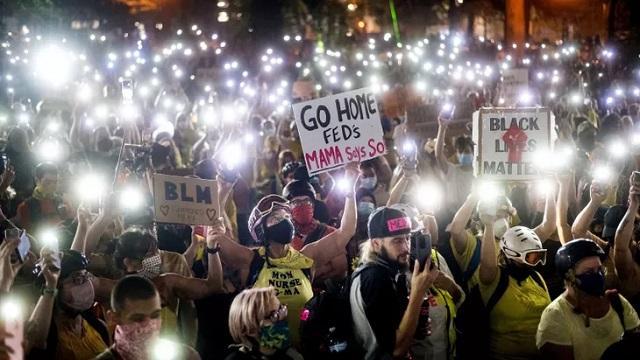 The city of Portland was forced to disband its Gun Violence Reduction Team at the order of the City Council in response to protests demanding they defund police. Since then, Portland has seen more killings in one month than in the last thirty years. The Oregonian reported:

Portland police are scrambling to respond to 15 homicides in the city so far in July. That’s the most killings in one month in more than three decades, they said.

So far this year, 24 people have died in homicides in Portland.

The spike in violence happened after the police unit dedicated to shootings was defunded. Authorities are scrambling to pull resources from other areas since the Gun Violence Reduction Team had largely been responsible for community follow-up during investigations. With no one left to do the job, patrolmen are being pulled in to help.

Police Chief Chuck Lovell on Thursday said he’s very concerned about the heightened violence and is pulling officers from patrol to the detective division to help work on follow-up investigations.

Portland seems uncontrollable. After more than 60 days of riots and “protests,” which end up in fires and looting, federal officers have been run out of town by Portland Mayor Ted Wheeler. KGW reported that the mayor blamed the federal troops protecting the courthouse from terrorism for the riots.

Portland Mayor Ted Wheeler has said multiple times the arrival of those officers made the protests, which were beginning to taper off, much worse.

“The federal officers are using CS gas broadly, indiscriminately and nightly,” he said Thursday. “And that is why it is escalating the behavior we are seeing on the streets rather than de-escalating it, and that is why this must come to an end.”

This week, it appeared Gov. Brown had reached a deal with White House officials to pull officers back, though acting Homeland Security Secretary Chad Wolf later said in a statement federal agents would remain “…until we are assured that the Hatfield Federal Courthouse and other federal properties will no longer be attacked.”

One thing is certain. Stay the hell out of Portland.