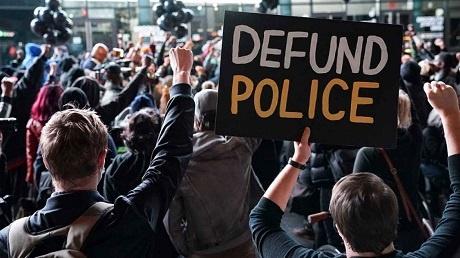 America Has a Democrat Problem. That’s why America has a crime problem.

What do New York City, Washington, D.C., Chicago, Minneapolis, Seattle, Portland and Los Angeles have in common? Soaring crime rates, shrinking police budgets, revolving-door criminal justice, BLM/Antifa riots last year – and Democrat mayors. Not just Democrats, but among the wokest of the woke their party has to offer.

Our largest cities – and the federal government – are under the control of adherents to an insane ideology which holds that defunding the police will make us safer, that criminals are misunderstood and that the trigger pulls the finger.

Bill De Blasio, Muriel Bowser, Lori Lightfoot, Jenny Durkan, Ted Wheeler – Nancy Pelosi, AOC and Joe Biden’s handlers – have sown the wind and left it for us to reap the super storm which is ravaging the country from coast to coast.

If the Democrat Party had deliberately concocted a scheme to cause crime rates to spiral, it couldn’t have done a better job. The key components in their pro-crime program include:

Once upon a time, law enforcement was bipartisan. That began to change in the early 1970s. But as late as 1994, then-Senator Joe Biden authored a lock-em-up anti-crime bill.

Now his party has all but officially decided that cops are pigs, policing is racist, criminals (including those who commit triple homicides) are misunderstood, keeping guns from law-abiding citizens is the key to crime control and – in the words of those great criminologists the Beatles – All you really need is love.

In an ABC News/Washington Post poll released on July 2, by 48% to 38%, the public disapproves of Captain Dementia’s handling of crime, 59% say it’s an “extremely serious” or “very serious” problem and 55% want to increase police funding.

The most effective anti-crime program imaginable can be summed up in five words – Get Democrats out of office. Your life might depend on it. 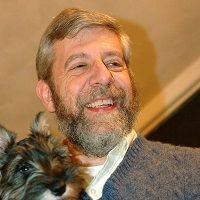 Author: Don Feder. Donald A. Feder was a Boston Herald editorial writer and syndicated columnist from June 1983 to June 2002. For 19 years, his column appeared in the Herald, New England’s second largest newspaper. On February 28, 2002, the paper published his 2,000th column. Feder’s column was syndicated by Creator’s Syndicate in Los Angeles, and carried by more than 40 newspapers and e-magazines nationwide. His writings have appeared in USA TODAY, The Wall Street Journal, The Weekly Standard, National Review, American Enterprise, Readers Digest, Front Page Magazine, Insight, and Human Events. The author of two books – “A Jewish Conservative Looks at Pagan America” (1993) and “Who’s Afraid of the Religious Right?” (1996)