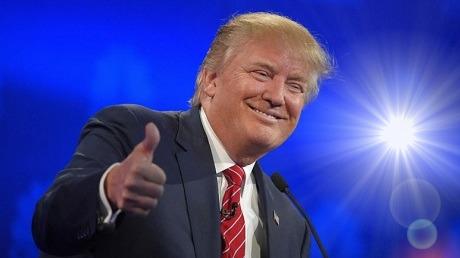 Trump Lost Money as President. A new financial report confirmed President Trump’s assertion he not only did not profit off the presidency, but actually grew less wealthy as a result of his service to the American people.

This is according to estimates by Forbes, which were published in their annual Billionaires List on Tuesday. It assessed his net worth at $2.4 billion, which is down from $3.5 billion in 2017 at the onset of the Trump administration.

That means despite four years of accusations from the left that President Trump was enriching himself from the White House, his time in office actually cost him about 32 percent of his total wealth. This confirms the truth behind his numerous statements on the matter.

“I think I will, in a combination of loss and opportunity, probably it’ll cost me anywhere from three to $5 billion to be President,” he previously stated. “And the only thing I care about is this country…couldn’t care less, otherwise.”

Moreover, the analysis performed by Forbes and verified by industry experts also projected that had President Trump sold off all his assets and used the proceeds to invest in the stock market, he would have made himself $1.6 billion richer.

This is due to the thriving stock market overseen by the Trump administration and boosted by a business-friendly overhaul of the U.S. tax code, which was spearheaded by President Trump. According to Forbes, he refused to “cash in on a market boom he helped propel.”

While the Constitution mandates the president receive a salary amount decided by Congress and thus a sitting commander-in-chief cannot legally refuse it outright, President Trump still did not profit.  While keeping one of his earliest campaign promises, he donated the totality of his salary, set at $400, 000 a year or $1.6 million over four years, to various government agencies throughout his presidency.

His first quarterly donation was in the amount of $78,333, which Forbes estimated were his post-tax earnings. This was topped off by an “anonymous” donor to a total of $100,000, which was the same amount President Trump donated every other quarter of his presidency. This suggests he was not only not taking in a salary, but dipping into his own private funds to pay taxes on that salary then donating the pre-tax amount back.

Yet, despite all those financial losses, President Trump said on repeated occasions he had no regrets over making that sacrifice for the sake of the American people.