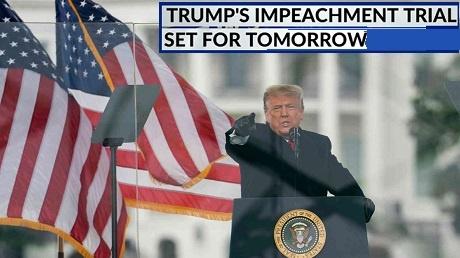 Former President Donald Trump's defense team will show videos of Democrats encouraging violence and destruction in 2020 at his Senate impeachment trial on Tuesday, one of his lawyers said.

The video clips are intended to rebut claims that Trump incited violence at his January 6 rally near the Capitol in Washington, D.C.

When asked by Fox News' Laura Ingraham about using a video montage of Democrats encouraging chaos and violence, Trump lawyer Bruce Castor said, "you can count on that."

"I've been looking at a lot of video over the past couple of days," Castor said.

Castor said Trump's primary defense will be that the Senate lacks jurisdiction because Trump has already left office.

"By the House impeachment logic, they could go back and impeach Abraham Lincoln," Castor said.

Those wanting to convict Trump are seeking to permanently disqualify the former president from ever holding any federal office in the U.S. again. 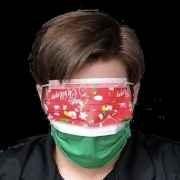 Author: Jeffrey Swindoll received his B.A. in Journalism/New Media from Baylor University and has completed Master's level courses with The Southern Baptist Theological Seminary. He is head of the Media Department at Florida Christian School (Miami, FL).