Support for Trump among blacks increases 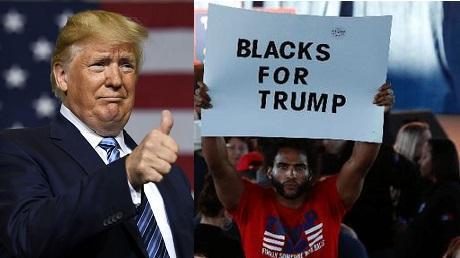 The Republican National Convention appears to have moved more voters in President Trump's direction, including in a few surprising demographics. In a new Hill-HarrisX poll conducted from Aug. 22-25, Trump got himself a 9-point bump among African-American voters.

Twenty-four percent of registered black voters in the Aug. 22-25 survey, which included the first two days of the convention, said they approve of the job Trump is doing as president, while 76 percent said they disapprove.

That is up 9 points from the previous survey conducted Aug. 8-11, where the President received 15 percent support among this group. (The Hill)

The Trump campaign, as you can imagine, shared the news.

Perhaps the spike in African-American support has something to do with the lineup at last week's RNC convention, where several high profile black lawmakers and other public figures explained why it was the GOP that the real party of opportunity. Sen. Tim Scott (R-SC) closed Monday's opening night with a moving keynote speech about his work on criminal justice reform within the GOP, and how he's been working closely with President Trump on other issues such as Opportunity Zones, which Scott explained has brought over $75 billion of private sector investment into distressed communities. He warned viewers that the Biden-Harris ticket would turn the United States into a "socialist utopia."

Georgia State Rep. Vernon Jones was a lifelong Democrat, but this year came out in support of President Trump. In his speech at last week's RNC he denounced the Democratic Party as being “infected” with “intolerance, bigotry, socialism, anti-law enforcement bias, and a dangerous tolerance for people who attack others, destroy property, and terrorize our communities."

Meanwhile, at the Democratic National Convention they tried to paint Trump as a divisive racist by again repeating lies like he called white nationalists "very fine people" following the deadly Charlottesville, VA rally in 2017.

As Matt explained in his recent Fact Check, Trump specifically said he was not referring to the Neo Nazis in the crowd.

?FACT CHECK: After Charlottesville, President Trump said, "I'm not talking about the neo-Nazis and white nationalists, because they should be condemned totally." #DemConvention pic.twitter.com/qCOhDu0x3r

By the way, that new Hill-Harris poll also gave Trump a small bump among Hispanic voters, up by two percentage points, from 30 percent to 32 percent. 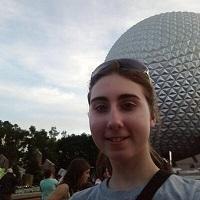