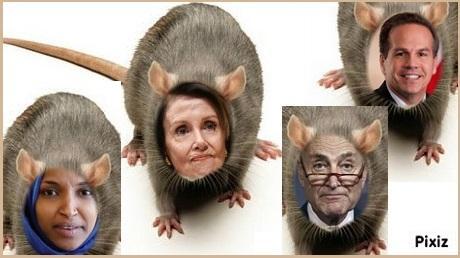 House Democrats are drafting new articles of impeachment against President Trump following a deadly riot at the Capitol Wednesday in a failed attempt to stop Congress from certifying Joe Biden's presidential victory.

Reps. David Cicilline of Rhode Island, Jamie Raskin of Maryland and Ted Lieu of California are taking the lead on an impeachment resolution for Trump's efforts to incite his supporters to charge the U.S. Capitol on Wednesday in a major security breach, forcing lawmakers to evacuate to secure locations, Fox News has confirmed.

Rep. Ilhan Omar, of Minnesota, has also been circulating articles of impeachment.

Pelosi and Senate Democratic Leader Chuck Schumer of New York had pushed for Trump's immediate removal of office through the 25th Amendment arguing it's too dangerous to keep Trump in power until Jan. 20 when Biden is inaugurated.

But if Vice President Mike Pence and the cabinet don't remove Trump, which seems unlikely, Democrats seem to have broad support among the caucus for a second round of impeachment.

Pelosi said the House is preparing a speedy impeachment resolution and passing Raskin's other legislation to allow Congress to oust a president from office using the 25th Amendment.

"It is the hope of Members that the President will immediately resign," Pelosi said in a statement Friday. "But if he does not, I have instructed the Rules Committee to be prepared to move forward with Congressman Jamie Raskin’s 25th Amendment legislation and a motion for impeachment. Accordingly, the House will preserve every option – including the 25th Amendment, a motion to impeach or a privileged resolution for impeachment."

Earlier Friday, Pelosi said she had spoken to Chairman of the Joint Chiefs of Staff Gen. Mark Milley about protecting the nuclear codes from an "unhinged president."

PELOSI SAYS SHE SPOKE TO GEN. MILLEY ABOUT PROTECTING NUCLEAR CODES FROM TRUMP

Speaker of the House Nancy Pelosi, D-Calif., and Vice President Mike Pence talk before a joint session of the House and Senate convenes to confirm the Electoral College votes cast in November's election, at the Capitol in Washington, Wednesday, Jan. 6, 2021. (AP Photo/J. Scott Applewhite, Pool)

"[F]ollowing the President’s dangerous and seditious acts, Republicans in Congress need to ... call on Trump to depart his office – immediately," Pelosi wrote in a letter to her fellow Democrats. "If the President does not leave office imminently and willingly, the Congress will proceed with our action."

Cicilline's four-page impeachment resolution is expected to be introduced into the House on Monday as a privileged resolution, Fox News confirmed. The one article of impeachment is for "incitement of insurrection"  and states that Trump engaged in high crimes and misdemeanors by "willfully inciting violence against the government of the United States."

The resolution also calls out Trump for his Jan. 2 phone call with Georgia Secretary of State Brad Raffensperger where he urged him to "find" enough votes to overturn Biden's win and issued vague threats if he failed to do so.

Trump's actions warrant removal from office and "disqualification" to run ever again, the impeachment resolution states.

TRUMP SAYS HE 'WILL NOT BE GOING' TO BIDEN'S INAUGURATION

It is unclear when or if this impeachment resolution would get a vote.

A few Republicans, including Sen. Ben Sasse of Nebraska, have expressed an openness to Trump's removal from office after his repeated false claims that he won the presidential election in a landslide and urging his supporters to march to the Capitol as Congress was in the middle of certifying Biden's electoral victory.

As a result of the violence, at least five people have died, including a U.S. Capitol Police officer.

GOP SEN. BEN SASSE SAYS THERE IS 'BROKENNESS' IN TRUMP'S SOUL, REFUSES TO RULE OUT IMPEACHMENT

"Impeaching the President with just 12 days left in his term will only divide our country more," McCarthy said Friday in a statement. "I have reached out to President-elect Biden today and plan to speak to him about how we must work together to lower the temperature and unite the country to solve America’s challenges."

WASHINGTON DC, DISTRICT OF COLUMBIA, UNITED STATES - 2021/01/06: Protesters seen all over Capitol building where pro-Trump supporters riot and breached the Capitol. Rioters broke windows and breached the Capitol building in an attempt to overthrow the results of the 2020 election. Police used batons and tear gas grenades to eventually disperse the crowd. Rioters used metal bars and tear gas as well against the police. (Photo by Lev Radin/Pacific Press/LightRocket via Getty Images)

McCarthy was one of 138 House Republicans who voted to toss out Pennyslvania's electoral college votes early Thursday morning when the congressional count resumed after the riot. Eventually, the election was certified by the Joint Session of Congress with Biden winning 306 electoral votes Trump's 232.

Rep. Tim Ryan, D-Ohio, blasted McCarthy as having "no guts" to stand up to Trump even after the desecration of the Capitol and the death of officer Brian Sicknick. Ryan supports Trump's removal from office.

"He [McCarthy] has his lips firmly attached to President Trump's rear end," Ryan said Friday. "And he won’t do anything that will offend him even if the President is promoting insurrection and supporting domestic terrorists who just killed a United States Capitol Police officer."

If successful, Trump would be the first president doubly impeached. 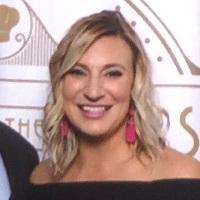 Author: Marisa Schultz covers politics for FoxNews.com. She previously reported on Congress, the White House and campaigns for The New York Post and for The Detroit News. Follow her at @marisa_schultz
Read full article on Fox News