Obamagate is getting bigger: FBI Lied to the Senate About the Steele Dossier. Graham Says, 'Somebody Needs to Go to Jail'.

Senator Lindsey Graham released a previously classified memo that shows the FBI deliberately misled the Senate Intelligence Committee about the reliability of information from Christopher Steele’s primary “sub-source” that much of Steele’s infamous dossier was based on.

Meanwhile, former CIA chief John Brennan is apparently not a target of the investigation into the origins of the Russian collusion story, according to one of the few leaks to come from the probe being conducted by U.S. Attorney John Durham.

Taken together, these pieces of evidence suggest that the FBI is the primary target of the Durham probe rather than the intelligence agencies.

“This document clearly shows that the FBI was continuing to mislead regarding the reliability of the Steele dossier,” Graham said in a statement announcing the release of an eight-page briefing document that the FBI provided to the Senate Intelligence Committee in February 2018.

The memo summarizes what Igor Danchenko, the primary source for dossier author Christopher Steele, told the FBI during interviews in early 2017. Steele relied primarily on Danchenko, a Russia analyst, to collect information for an investigation into Donald Trump’s possible ties to Russia.

We already knew many in the bureau raised several “red flags” about the dossier. What’s amazing is that the FBI didn’t disclose any of those “red flags” to the Senate Intelligence Committee.

The IG report said Danchenko’s statements to the FBI “raised significant questions about the reliability” of Steele’s reports.

According to Graham, the newly declassified FBI memo shows that the bureau did not disclose any of the dossier’s red flags in the Senate Intelligence briefing document.

“Somebody needs to go to jail for this,” Graham said Sunday.

Deliberately misleading a Senate Committee is a crime no matter who does it. It certainly points the finger at several high-ranking FBI officials who signed off on the briefing document.

As for John Brennan, he agreed to be interviewed by Durham but it’s now apparent that he was not a person of interest in the investigation.

“It’s hard to prove criminal intent at their level, and unless there’s a smoking gun, like an email or text, they’ll probably get off with a damning report about their activities,” former Assistant FBI Director Chris Swecker, who claims to know Durham personally, told RealClearInvestigations in reference to Brennan and other top intelligence community and law enforcement officials from the Obama administration.

Durham has reportedly scrutinized Brennan’s emails, call logs, and other records from the CIA as his team looked into the 2017 Intelligence Community Assessment on Russian election interference, whether there was an effort to hide information from other agencies, British ex-spy Christopher Steele’s flawed anti-Trump dossier, and other issues.

Democrats say it doesn’t matter, that it’s ancient news, that it’s a distraction from Trump’s failures. But some of us would like to know if federal agencies deliberately tried to undermine an elected president of the United States. And if their leadership did so, they need to go to jail.

That’s not a “distraction.” It’s a necessity for the continued viability of our constitutional republic.

Justice Is Coming: ‘As Many as 16-17’ Obamagate Criminal Referrals Headed to DOJ 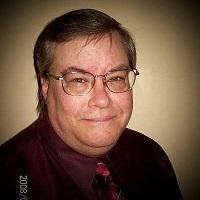