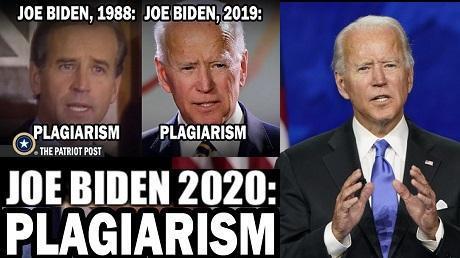 Not Again! Joe Biden Accused of Plagiarizing Canadian Politician in DNC Speech. They say you can’t teach an old dog new tricks, and when it comes to Joe Biden, it appears that really is true.

Joe Biden has been dogged by plagiarism accusations for years, and his Thursday night speech formally accepting the Democratic nomination for president will not go down in history as a speech he wasn’t accused of plagiarizing.

According to Alexander Panetta, the Washington correspondent for CBC News, “a number of Canadians” found part of Biden’s speech to be very “similar” to Canadian politician Jack Layton’s farewell letter before his death.

Here is what Jack Layton wrote:

Here are the similar parting words from Joe Biden’s speech:

There are undeniable similarities here, though nothing can be said to have been lifted verbatim. I’d actually be inclined to dismiss Panetta’s accusation, if not for one detail. Joe Biden delivered his speech on August 20, 2020. Layton’s letter was written exactly nine years earlier, on August 20, 2011.

A number of Canadians are struck by the similar parting words of Biden's speech to the final words of Jack Layton's farewell letter before his death. pic.twitter.com/pvd80XtoHF

On multiple occasions, Joe Biden plagiarized Trump’s coronavirus response plan by pitching ideas on what to do about the pandemic as his own, even though they’d already been done.

Joe Biden also called for relief for small businesses suffering from the economic impact of the coronavirus a day after Trump literally called for $50 billion in liquidity to small business owners. The former vice president also said insurance companies should waive copays for coronavirus testing, which is a good idea. And guess what? Trump had already done that, too, as well as getting commitments from providers to expand their coverage to include treatment for the coronavirus. Biden also called for the acceleration of the development of a coronavirus vaccine. The Trump administration had already fast-tracked the development of a vaccine back in January… you know, when Democrats were distracted by their bogus impeachment of Trump.

Biden also called for Trump to invoke the Defense Production Act (DPA) to increase the production of medical equipment and other necessities after Trump had already done so.

It might be a stretch to say Biden is guilty of plagiarizing here. There’s nothing particularly shocking about two separate lists of cliché platitudes being similar. If anyone other than Biden had delivered those lines they’d likely be dismissed as just coincidental similarity. But with Biden, and his record of plagiarism, one can’t help but wonder. 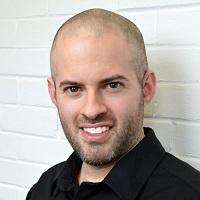 Author: Matt Margolis is the author of the new book Airborne: How The Liberal Media Weaponized The Coronavirus Against Donald Trump, and the bestselling book The Worst President in History: The Legacy of Barack Obama. You can follow Matt on Twitter @MattMargolis

USPS = mail-in votes a problem. Postal service warns states it might miss some mail-in ballot deadlines The U.S. Postal Service (USPS) has warned state election officials of "inconsistencies" between its delivery service and state deadlines for re...