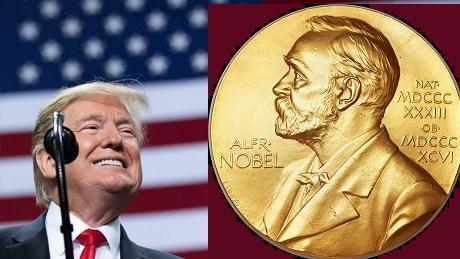 The President has been nominated for another Nobel Peace Prize, this time for his work with North Korea. This marks the first nomination for President Trump for the 2021 Nobel award season.

The President was nominated by national security expert Dr. Peter Pry and colleagues for his work in de-escalating nuclear threats from Pyongyang and “deterring nuclear war.”

President Trump has been nominated five times this year so far, though four of those nominations were for the 2020 Nobel Peace Prize.