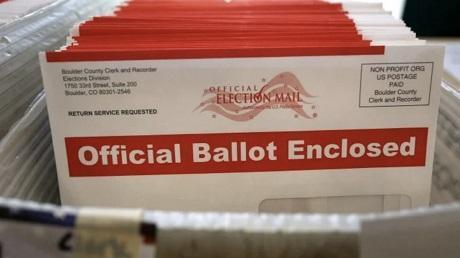 Democrats and their media lapdogs continue to dismiss the notion that mail-in voting is problematic.

They keep saying that we have nothing to worry about – that there are fail-safe systems in place, that past mail-in balloting has gone off without a hitch, and that President Donald Trump’s claims widespread fraud is likely the more we expand mail-in balloting are overblown, hyperbolic, and not rooted in fact.

Literally none of those reasons are correct.

Mail-in balloting has been problematic since the concept began in one form or another. Way back in 2000, military members were complaining that their absentee (mail-in!) ballots were not being sent to them on time or getting out on time.

Since then, mostly Democrat states have expanded mail-in balloting. Most recently, Democrats in California passed legislation that literally allows mailed ballots to be “harvested” – that is, collected by someone other than a postal service worker, thereby breaking the chain of custody. That highly dubious practice was blamed for the loss of several historically Republican seats in the mostly blue state.

For the 2020 election, Democrats are working overtime to expand mail-in balloting to as much of the country as possible. After all, there’s nothing to worry about, right?

Wrong – which is exactly why Democrats are pushing this scheme and not Republicans who are much more concerned about voter integrity.

The reason why mail-in balloting is so problematic and ripe for fraud is because current voter registration lists are grossly outdated, even though by federal law, they are required to be kept up-to-date. Judicial Watch knows this; the organization has been suing as many jurisdictions as possible (and winning) to force them to clean up their lists.

Why is that important?

More than one-sixth of the mail-in ballots sent to voters in Nevada's largest county during the 2020 primary went to outdated addresses, according to a new watchdog report.

The Public Interest Legal Foundation, an election integrity group, reviewed the 1.3 million mail-in ballots Nevada's Clark County sent during the June primary. It found that more than 223,000 of the ballots were sent to outdated addresses, leading the postal service to designate them as "undeliverable." The undeliverable ballots accounted for 17 percent of all ballots mailed to registered voters. Nearly 75 percent of Nevada's total population resides in the county, which includes Las Vegas.

"These numbers show how vote by mail fails," said J. Christian Adams, PILF's president and general counsel. "New proponents of mail balloting don’t often understand how it actually works. States like Oregon and Washington spent many years building their mail voting systems and are notably aggressive with voter list maintenance efforts. Pride in their own systems does not somehow transfer across state lines. Nevada, New York, and others are not and will not be ready for November."

"The addresses that we used were provided by the voters when they registered," Dan Kulin, a spokesman for Clark County, told the Washington Free Beacon. "If they no longer reside at the address they provided to us, then we would expect that mail to be returned to us, which is what happened."

This nightmare scenario is going to be repeated over and over again throughout the country on Election Day. Hide and watch.

And the Democrats are going to use this confusion to either wheel Joe Biden into the Oval Office or cast doubt on the legitimacy of President Trump’s victory.

Either way, it’s going to get ugly. And again, we can thank the Confederacy’s favorite political party for it.