Following on from the success of their inaugural event at The Villages – The Florida, the pair took their show to the battleground of the Arizona election audit: Maricopa County.

The pair had plenty to say on the matter, diving into detail on election integrity and open border migration both causing ruination in the Copper State.

But in reality, despite barnstorming warm-up acts from local Congressmen Paul Gosar and Andy Biggs, it was the crowd that was the story.

GAETZ AND GREENE RECEIVED A NUMBER OF STANDING OVATIONS

Ranging from younger, more energized activists through to “MAGA” stalwarts in their retirements, the Arizona rally marks an extraordinary moment for the America First movement: a moment where it’s not just President Donald Trump who can draw such crowds, and snake overflow lines several times over around the venue. Over 150,000 people watched on various streams, online.

That’s not to say that Messrs Gaetz, Greene, Gosar, nor Biggs would seek to replace Trump on the national stage.

They all acknowledged – much to Liz Cheney’s chagrin – Trump’s position as leader of the movement. Gaetz bellowed, at one point, “This is Donald Trump’s party, and I am a Donald Trump Republican!”

But it is gratifying to note the ability of the message to draw thousands of audience members despite the best attempts of fraudsters to over-subscribe RSVP lists.

The Mesa rally saw a whopping 115,000 RSVPs, most of which were classed as fraudulent activity prompted by The Lincoln Project group, an organization founded by a known pedophile. A concerted campaign has been aimed at nationalist-populist politicians to attempt to humiliate them and their event organizers, which failed at a recent Nigel Farage rally, and failed again in Arizona this weekend. 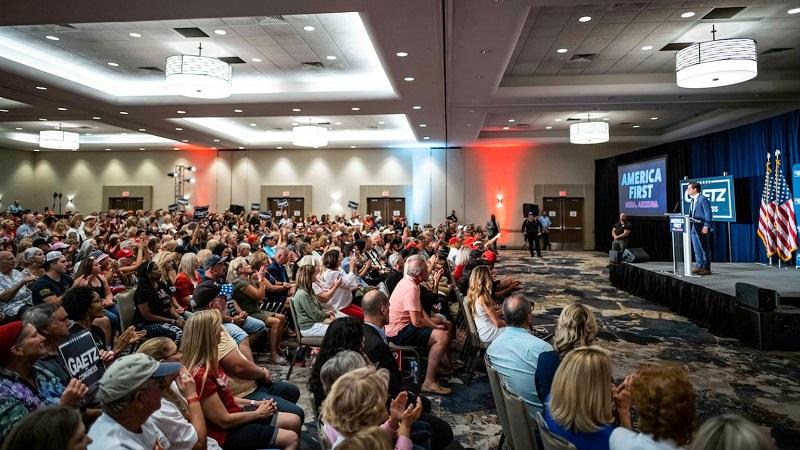 A CAPACITY CROWD OF AROUND 3,500 ATTENDED THE EVENT

A handful of leftists gathered across the street from the winding line of would-be rally-goers, shouting falsehoods about Congressmans Gaetz and Greene, who emerged to address the overflow crowd in front of the building.

Once inside, the carnival-like atmosphere turned further electric.

Thousands of attendees routinely engaged in a back and forth with the rally speakers throughout the evening, which culminated in Gaetz, Greene, Gosar, and Biggs hosting a “barstool chat” on stage where they told humorous stories from the halls of Congress, and laid out their plans for the coming year. 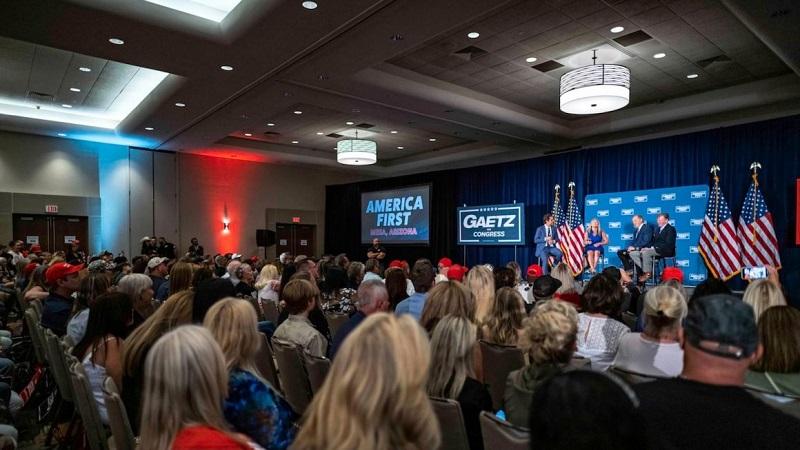 The next rally is due to take place in Dalton, Georgia, in Congressman Greene’s home district.

You can watch the full rally below: 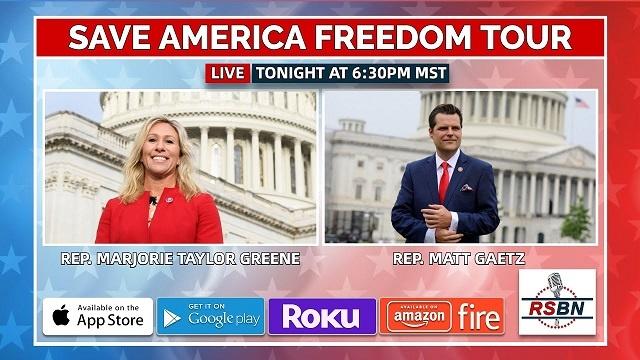 Author: Raheem Kassam is the Editor in Chief of the National Pulse. @RaheemKassam