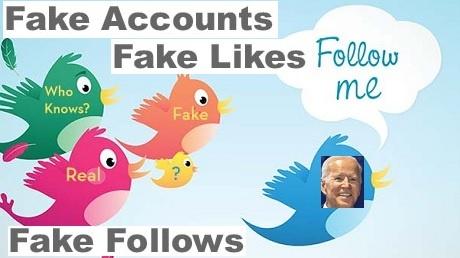 Big Tech has been working hard to manicure the public perception of Joe Biden, and one such strategy seems to be inflating followers on social media, a new analysis has suggested.

Twitter now appears to be creating fake accounts for Biden to give him better optics in terms of popularity.

“If you go to Joe Biden’s followers, I’d say at least 70 percent of them all joined [Twitter] in January and have zero followers,” she continues.

YouTube also seems to be in on the game.

Every single video posted by White House’s official YouTube channel has seen a ratio of more downvotes than upvotes.

But Big Tech appeared to come to the rescue by erasing the downvotes by several thousand.

If you also cast your mind back, Donald Trump was accused of violating the Constitution by blocking people from following his Twitter account.