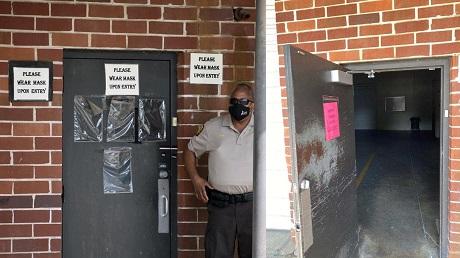 Georgia County Fails to Protect Audited Ballots. The building containing the 2020 election ballots in Fulton County was left unattended for at least 20 minutes in violation of a court order.

As we now know, Fulton County deputies left the building with the ballots about 20 minutes before the alarm went off.

The plaintiff attorney, Bob Cheely, handling the election integrity lawsuit, confirms the county security lapse is a direct violation of a court order requiring the ballots to be protected and secured at all times.

Cheely will be filing two motions of contempt against the Fulton County officials for their refusal to uphold the court order requiring 24/7 security. There are also some CCTV cameras and the plaintiffs will be asking for the footage.

In an interview with CreativeDestructionMedia, attorney Bob Cheely notes the security issue is a particular concern because Fulton County officials previously insisted that privately contracted security, off-duty police officers paid by the plaintiff, had to be moved out of the parking lot. The reason? The employees of the county did not feel comfortable.

That is probably explained by the fact that the workers were mostly black, and many were Black Lives Matter. They don’t like the police.

The police did not respond to the alarm going off. Off-duty police responded.

Atlanta is known for its fraud and corruption. It’s guaranteed that there is corruption in the counting of these ballots.

Two Fulton County deputies who were assigned to watch the secure building where the ballots were being kept appear to have the left the building 20 minutes before the alarm went off. pic.twitter.com/5B9Ej5nyul

This is a picture is that the attorney provided of the door left open at the supposedly secure building were the ballots are being kept. pic.twitter.com/jfqJ2zkdtt