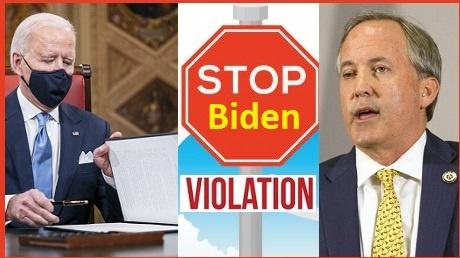 The lawsuit was filed against the Department of Homeland Security (DHS) on Friday by the state Attorney General Ken Paxton, who said the order violated federal law and a previous agreement Texas had with the Trump administration. In that agreement, the DHS promised to consult with Texas and provide six-months notice before changing any federal immigration policy.

Texas is the FIRST state in the nation to bring a lawsuit against the Biden Admin.

Within 6 days of Biden’s inauguration, Texas has HALTED his illegal deportation freeze.

*This* was a seditious left-wing insurrection. And my team and I stopped it.

Experts have said the deportation freeze is especially hurtful to border security because it essentially invites immigrants to try and cross the border illegally.

Analysts expect this lawsuit is likely just the start of a slew of Republican litigation against Biden’s immigration policies. Specifically, Texas’ win opens the door for lawsuits from at least half a dozen other states, which had similar agreements with the DHS to be alerted before undergoing any major immigration policy changes.