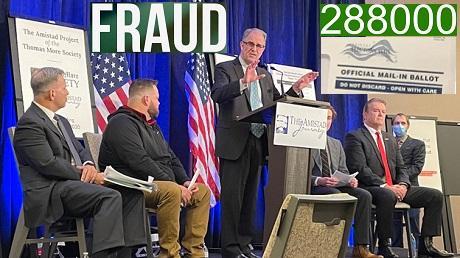 Sworn testimony of several whistleblowers on Tuesday alleged what one election integrity activist is calling "potential ballot fraud on a massive scale," with multiple eyewitnesses testifying to alleged suspicious behavior in Pennsylvania and Wisconsin.

In a press conference in Arlington, Va., the Amistad Project — a civil liberties initiative of the Thomas More Society — presented the testimony of three individuals who claim to have witnessed apparent voting malfeasance during the 2020 election.

One, Jesse Morgan, a truck driver for a subcontractor with the United States Postal Service, claimed that a trailer he was driving, one full of potentially upwards of 288,000 ballots, disappeared from its parked location at a Lancaster, Pa. USPS depot after Morgan dropped it off there. Morgan had transported those ballots from Bethpage, N.Y.

The subcontractor also reportedly experienced "odd behaviors" from USPS personnel, behaviors which postal experts have said in sworn statements "grossly deviate[d] from normal procedure and behavior," according to a press release from the Amistad Project.

Another whistleblower, Nathan Pease of Madison, Wisc. — himself also a subcontractor for USPS — alleged that he was told the postal service was planning to backdate tens of thousands of ballots in the days after the Nov. 3 election in order to circumvent the ballot submission deadline.

In its press release, Amistad Project Director Phill Kline said the testimonies are "compelling" and that they provide "powerful eyewitness accounts of potential ballot fraud on a massive scale."

"This evidence joins with unlawful conduct by state and local election officials, including accepting millions of dollars of private funds, to undermine the integrity of this election," Kline said. In the press release, the Amistad Project says it has collected sworn expert testimony alleging that "over 300,000 ballots are at issue in Arizona, 548,000 in Michigan, 204,000 in Georgia, and over 121,000 in Pennsylvania." 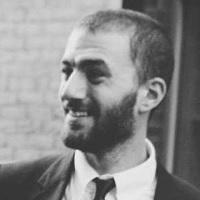 Author: Daniel Payne is a writer and editor based in Virginia. He graduated with honors from Virginia Commonwealth University, where he was an English major. He is an assistant editor at The College Fix, a daily news website that trains young college students in the craft of journalism.
Read full article on Just the News
Did you like it? Share your thoughts!
Whatsapp