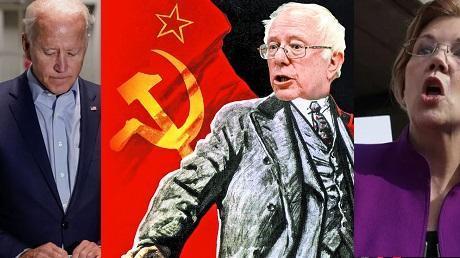 Progressive activists are organizing behind the scenes to “make a prospective [Joe] Biden administration look more like a Bernie Sanders or Elizabeth Warren administration” by training an army of wonks as a ready-made White House transition team, POLITICO reports.

After being “shut out of the Obama transition effort” back in 2008 in favor of more experienced Democratic politicos with a handle on how to start up an incoming presidential administration, progressives have been “quietly organizing in the wonky world of transition politics” for the last several years, training up an army of progressive activists-turned-competition transition team members so that the far-left can begin dictating Biden administration policy from day one.

“The left-wing’s cri de coeur — ‘personnel is policy’ — takes a page from the Reaganites of the early 1980s, who pushed aside more moderate Rockefeller Republicans in favor of conservative firebrands,” POLITICO notes. “The progressive effort is being led by David Segal of the left-wing group Demand Progress and the Roosevelt Institute — a think tank with close ties to Sen. Warren that is dedicated to pushing the party left on economic policy — along with its 501c4 advocacy group, Roosevelt Forward.”

The process is two-fold, the groups say. First, they are creating “opposition research” files on moderate potential appointees and circulating memos about their lack of fitness through left-wing publications. Second, they’re “vetting” a handful of progressives with policy bona fides who they believe can fill key White House roles so that those candidates can be presented to Biden’s transition architects with full, impressive resumes.

So far, the plan is working. Biden has already indicated, the activists say, that he’s open to a more progressive White House staff, and while he’s stocking his fledging “transition team” with moderates and policy experts, he’s also told the far-left, POLITICO says, that “he would be more liberal on economic policy than Obama or any other recent Democratic president.”

Although little has been made of Biden’s transition team efforts, Ted Kaufman, a longtime Biden aide, is said to be heading up Biden’s “transition team,” which will jump into immediate action if Biden wins in November. That’s a good sign, say progressives, who point out that “Kaufman succeeded Biden in the Senate and was a surprisingly tough critic of Geithner and the Obama team’s economic policy” and that “[h]e ultimately took over for [Massachusetts Democrat, Sen. Elizabeth] Warren on the panel overseeing the bank bailout package, TARP.”

A potential transition for Team Biden may still be a pipe dream, but the reports align with President Donald Trump’s claims that Biden would be a “puppet for the radical left” if elected.

“If we win more days than Joe Biden wins, President Trump will be re-elected,” Trump’s re-election campaign manager, Bill Stepien, told media in July. “We will expose Joe Biden as a hapless tool of the extreme left and contrast his failures with the undeniable successes of President Trump.”

The Daily Wire is one of America’s fastest-growing conservative media companies and counter-cultural outlets for news, opinion, and entertainment. Get inside access to The Daily Wire by becoming a member 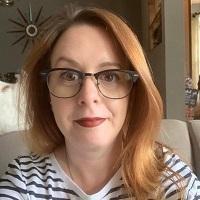 Author: Emily Zanotti is a fifteen-year veteran of communications and journalism, having moved from the political world, where she did crisis and digital communications for several prominent campaigns, to the news world, where she has worked for some of the nation’s largest and most prestigious outlets. @emzanotti
Read full article on DAILY WIRE