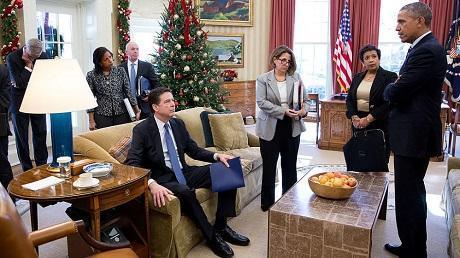 Newly declassified internal Federal Bureau of Investigation documents prove the top U.S. law enforcement agency used a so-called defensive briefing of the Trump campaign in 2016 to spy on and collect information about Donald Trump himself.

In one of the documents declassified and released on Wednesday, FBI supervisory Special Agent Joe Pientka wrote that he deliberately used the briefing to “actively listen for topics or questions” from Trump “regarding the Russian Federation.” Rather than provide the Trump campaign a specific warning that certain campaign principals were being targeted by Russian intelligence, the FBI instead gave a general, non-specific warning that foreign intelligence services might eventually target the campaign.

Pientka’s written summary of the briefing noted that Trump, Michael Flynn, and former New Jersey Gov. Chris Christie were the only three Trump campaign members in attendance. Christie’s attendance had not previously been disclosed. The August 17, 2016 meeting came the day after the FBI opened a formal counterintelligence investigation against Flynn and just two days after FBI counterintelligence official Peter Strzok texted his former lover, FBI attorney Lisa Page, about an “insurance policy” he had designed to keep Trump from becoming president.

“I want to believe the path you threw out for consideration in Andy [McCabe]’s office—that there’s no way he gets elected—but I’m afraid we can’t take that risk,” Strzok texted Page on August 15, 2016. “It’s like an insurance policy in the unlikely event you die before you’re 40….”

The very next day Strzok opened an investigation of Flynn then used the pretext of a defensive intelligence briefing to collect intelligence on both Flynn and Trump on August 17.

Pientka’s notes on the meeting stated that it lasted for two hours, beginning at 3:55 p.m. and ending at 5:51 p.m. While Pientka spent only 13 minutes of the two-hour meeting warning Trump, Flynn, and Christie of foreign intelligence threats, he lamented in his notes that other intelligence officials didn’t have enough time to get through their material.

“Due to time constraints, not all ODNI briefers presented their material,” Pientka wrote. He did not say whether his use of the meeting as means of spying on and collecting information against Trump may have precluded other intelligence officials from presenting their material to the attendees. 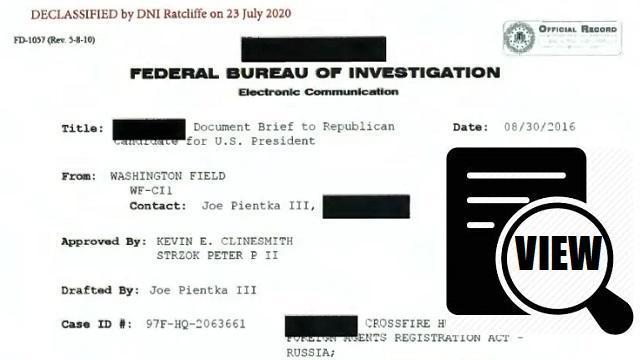 Pientka was excoriated in a report from the Department of Justice (DOJ) Office of Inspector General (OIG) for his behavior during the FBI’s spy operation against the Trump campaign. Pientka told the OIG that he designed the August 17 meeting to “gain assessment and possibly have some level of familiarity with [Flynn].”

According to the OIG report, Pientka “was selected to provide the FBI briefings, in part, because Flynn, who was a subject in the ongoing Crossfire Hurricane investigation, would be attending the Trump campaign briefing.”

Pientka told the OIG that he was selected to attend on behalf of the FBI so he could “record” or “overhear” from Trump, Flynn, or Christie “any kind of admission” that they were colluding with the Russian government to steal the election from Hillary Clinton. Pientka also added that he wanted to get a baseline impression of Flynn’s “overall mannerisms” in case he needed to later use that information against him.

Pientka later took part in the FBI’s 2017 interview of Flynn, which became the basis of former Special Counsel Robert Mueller’s criminal case against Flynn. Following the discovery of exculpatory documents that had previously been suppressed by the government, the DOJ moved to dismiss all charges against Flynn. A top federal appellate court panel ordered Emmett G. Sullivan, the judge overseeing Flynn’s case, to dismiss the charges against Flynn, but Sullivan has thus far refused to comply.

Pientka’s account of the meeting was approved by Strzok and former FBI attorney Kevin Clinesmith. According to the DOJ OIG, Clinesmith fabricated evidence against Carter Page to ensure that a warrant to spy on him would be approved by the federal spy court. Rather than inform the Foreign Intelligence Surveillance Court that Carter Page had previously worked with a U.S. intelligence agency in its successful efforts to capture and prosecute Russian intelligence officers working against the United States, Clinesmith allegedly changed an e-mail from that intelligence agency to eliminate the agency’s confirmation that Page had worked with them against the Russians.

According to the OIG report, Clinesmith “altered the [intelligence agency liaison’s] email by inserting the words ‘not a source’ into it, thus making it appear that the liaison had said that Page was ‘not a source’ for the other agency.” Clinesmith’s fabrication was included in a spy warrant against Page that was later found to be illegal because it included so much false and fabricated information. Clinesmith is reportedly under federal criminal investigation and is no longer employed by the FBI.

U.S. Attorney General William Barr appointed U.S. Attorney John Durham last year to investigate the entire anti-Trump spy operation launched by the FBI and to determine whether criminal charges are warranted. Durham has not yet indicted any individuals for their roles in illegally spying on the Trump campaign and Trump presidential administration. 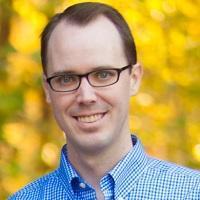 Author: Sean Davis is the co-founder of The Federalist.

He previously worked as an economic policy adviser to Gov. Rick Perry, as CFO of Daily Caller, and as chief investigator for Sen. Tom Coburn. He was named by The Hill as one of the top congressional staffers under the age of 35 for his role in spearheading the enactment of the law that created USASpending.gov. Sean received a BBA in finance from Texas Tech University and an MBA in finance and entrepreneurial management from the Wharton School. He can be reached via e-mail at This email address is being protected from spambots. You need JavaScript enabled to view it..

A web magazine of culture, entertainment, and politics. Be lovers of freedom and anxious for the fray.
Prev