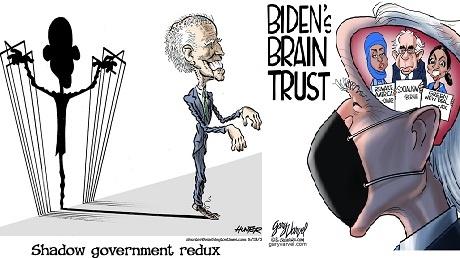 DATA: Majority Say Biden Isn't In Charge, Nor Mentally Capable. A majority of U.S. likely voters believe Joe Biden is not actually doing the job of President of the United States, and that other people are making decisions on his behalf, according to new data from Rasmussen Reports.

The esteemed pollster shared the information with The National Pulse on Friday morning, which reveals:

Even more concerning is America’s belief that the President is not even involved in the decision making process:

The news follows recent Rasmussen data suggesting President Trump would thrash Joe Biden in a head-to-head vote held today, with 10 percent of Americans telling the pollster they regretted their 2020 choice.

You can join Rasmussen for detailed data, every day, here.