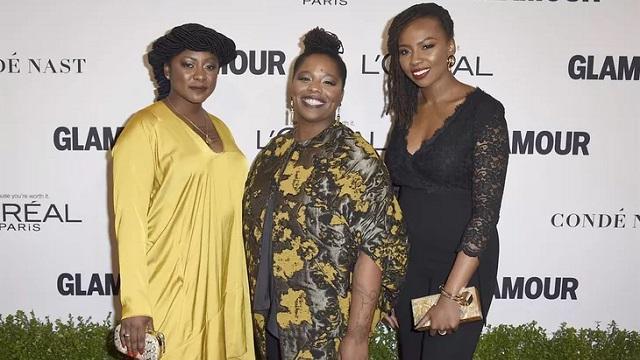 Black Lives Matter co-founder and self-described Marxist Patrisse Cullors is making some absurd demands about criminal justice reform. She wants them included in the Democrat platform, and the elements are far more radical than what has already been articulated in the Biden-Sanders Unity platform.
Biden said he favors diverting some funding away from police departments during a recent interview. The Unity platform already calls for the elimination of private prisons and an end to immigration enforcement and some other pretty radical policies.

However, Cullors is calling for the inclusion of the Breathe Act into the platform. This legislation is about three steps to the left of the Unity platform. The crocodile tears during her plea to the DNC Platform Committee are really something else.

"Without the sea changes our movement recommended for the 2020 Democratic platform, any to claims ally-ship in solidarity with our work to fight for Black liberation are for not." @OsopePatrisse's speech to the DNC Platform Committee https://t.co/U9FXxAgoNZ pic.twitter.com/VSd5rXOkVO

If you think that sounds nuts, you aren’t wrong. It is also rich to hear Cullors use the words of Representative John Lewis, who recently passed away. She does not subscribe to the peaceful philosophy of the civil rights movement that Lewis belonged to. Her self-described mentor is Eric Mann, a member of the Weather Underground. The director of 1000 Currents, the charity that currently processes the donations to Black Lives Matter, is convicted terrorist Susan Rosenberg.

Instead of advocating equality of opportunity, Black Lives Matter promotes equality of outcome. Rather than inclusion, Black Lives Matter supports separate political and community institutions based on race. Cullors and her allies want people defined by the color of their skin, where Lewis, working with Martin Luther King Jr., wanted people to be defined by their character.

Representatives Rashida Tlaib (D-Mich.) and Ayanna Pressley (D-Mass.) announced the  Breathe Act during a virtual press conference on  July 7. The event was hosted by Marc Lamont Hill, Cullors, and the mothers of Michael Brown and Erc Garner. The elements of the act dismantle the criminal justice system in significant ways.

The bill summary is as follows:

This summary may leave you scratching your head since it is not very specific. The bill explicitly calls for eliminating the Drug Enforcement Agency (DEA) and Immigration and Customs Enforcement (ICE). Until this is accomplished, the bill calls for ending all local cooperation with both of these agencies. Under specific programs, local jails may currently hold people for ICE detainers. This bill would end that practice.

That is just the beginning. The bill would eliminate all predictive policing models and other surveillance technologies that are used for community safety. This ban includes ankle-monitoring and smartphone apps that track locations of suspects on bond or former inmates on parole. Not to worry, the bill calls for the end of incarceration altogether at the federal level by demanding a time-bound plan to close all federal prisons and immigration detention centers.

You won’t need immigration detention, since the bill calls for decriminalizing all illegal border crossings. It becomes a de facto open border policy. Somewhat hysterically, it demands the full repeal of the 1994 crime bill that used to be their nominee Joe Biden’s most significant legislative accomplishment. This repeal would end mandatory minimums and the three-strikes law. Life sentences would be ended, and all drug offenses would be decriminalized and expunged.

The proposed legislation also calls for the federal government to condition grants on local jurisdictions emptying their own jails and defunding police departments. It calls for ending juvenile detention altogether and removing all armed security from schools and other government buildings that provide social services. State gang databases would also be dismantled.

Any funding would go to community agencies that would not include armed personnel, and to employing formerly incarcerated individuals. The corps of social workers and other non-law-enforcement personnel, who are just chomping at the bit to go into dangerous domestic and community mediation situations, will be the norm.

The bill goes on to redistribute money among school districts in different locations and provide more critical social-justice theory in K-12. It goes on to incorporate elements of the Green New Deal because, in reality, all of the Marxist groups are after the same thing: the complete transformation of the institutional underpinnings of America in ways that limit personal and economic freedom. Not too surprisingly, the bill also includes reparations, massive wealth transfers, and more.

There is one bright spot. The calls to defund the police and create community-based enforcement groups are being tried out in various cities around the country. Whether the police are being defunded or just demoralized, the outcomes are apparent. Perhaps the best example is St. Louis, where this has devolved into a protection racket. Businesses that do not agree to the terms of a local BLM activist group are being threatened.

Meanwhile, in New York City and Portland, shootings and violent crime are going up exponentially. Mob rule in Seattle has Police Chief Carmen Best speaking out after protesters showed up at her home. And mobs in Portland have abandoned striking the federal courthouse and have proceeded to terrorize the suburbs instead. Violent crime in the city has hit its highest level in 30 years. Bodies, mostly black, are also piling up in Chicago.

At ground zero for the insanity, Minneapolis, city officials are now telling residents near the 3rd Precinct to cooperate with criminals. They are moving along with plans to “reimagine” policing while robberies and carjackings have set records around the police precinct that burned during the riots.

If you think this insanity will end with the election of Joe Biden, don’t count on it. Cullors told Axios that the Democrat platform needs to be bolder. She will not be backing down:

Cullors and other activists are playing the long game. “Even if we get Trump out in November we will still be having this same conversation about police violence with Biden in office,” she told Axios.

She added that the Movement for Black Lives policy team met with folks from Biden’s campaign earlier this month to discuss the BREATHE Act.”I’m calling the Democratic Party to the table — not casting them to the side. A unified party is one that will listen to the people on the streets,” Cullors said.

It sounds like Ms. Cullors intends to keep the left’s shock-troops in the streets to leverage a Democrat administration to bend to her group’s demands—as cities across the country demonstrate how this acquiescence brings chaos, destruction, and violence. It is only a matter of time until it reaches your community. Ask the residents of Buckhead near Atlanta, Fort Wayne, Indiana, and Green Bay, Wisconsin.

In affected suburbs, I guess we will see if so-called “security moms” still exist. We should all be praying that they do.

If Biden Is Elected, Residents Fleeing Chaotic Cities Like Seattle and Portland Are in for a Rude Awakening