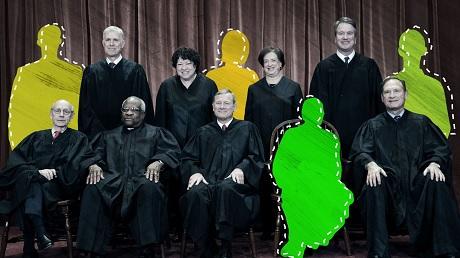 Biden's Court Commission to Seek SCOTUS Expansion. President Joe Biden has begun appointing members of a special commission that will consider expanding the Supreme Court, among other “reforms.”

Some Democrats have proposed “packing” the Court, by expanding the number of justices and filling the resulting vacancies with left-wing judges. The goal is to eliminate the Court’s current nominal 6-3 conservative majority, which Democrats like former Attorney General Eric Holder claim undermines its “legitimacy.”

Biden dodged questions about court-packing throughout the fall of 2020, until announcing his plan to create a commission to study the issue. As Breitbart News reported in late October: “Biden confirmed to reporters in Chester, Pennsylvania, that he would create a bipartisan commission to study reforms to the judiciary, and that it would report to him within 180 days of his taking office in January.”

Politico reported Wednesday that the “bipartisan” commission will be chaired by Biden’s former campaign lawyer, Bob Bauer, a career Democrat operative who also worked for the Perkins Coie firm. Perkins Coie was involved in the Russia “dossier” on then-candidate Donald Trump in 2016, and its election law practice, headed by Marc Elias, led Democrats’ filings throughout the 2020 presidential election and in its aftermath.

Among those who will be on the commission are Cristina Rodríguez, a professor at Yale Law School and a former deputy assistant attorney general in the Obama Department of Justice, who will join Bauer as co-chair. Caroline Fredrickson, the former president of the American Constitution Society, and Jack Goldsmith, a Harvard Law School professor and a former assistant attorney general in the Bush Department of Justice, will also serve on the commission, those familiar with discussions said. 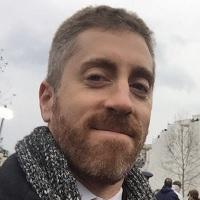 Author: Joel B. Pollak is Senior Editor-at-Large at Breitbart News and the host of  Breitbart News Sunday on Sirius XM Patriot on Sunday evenings from 7 p.m. to 10 p.m. ET (4 p.m. to 7 p.m. PT). His newest e-book is How Not to Be a Sh!thole Country: Lessons from South Africa. His recent book, RED NOVEMBER, tells the story of the 2020 Democratic presidential primary from a conservative perspective. He is a winner of the 2018 Robert Novak Journalism Alumni Fellowship. Follow him on Twitter at @joelpollak.