Biden is Tearing America down from day one 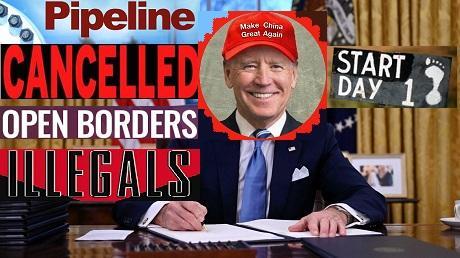 Tucker Carlson pointed out that President Joe Biden’s decisions to cancel the Keystone Pipeline and open the border on his first day in the White House reveals the true nature of his radical-left agenda that fails to unify the nation, while putting its economy and security in grave danger.

The host of the Tucker Carlson Tonight show warned about the damage the Democratic president already did on his first day in office by signing an executive order that revoked the permit for the Keystone XL Pipeline – moments before giving the Department of Homeland Security direct orders to stop deporting illegal aliens.

“Millions of Americans don't have jobs right now, but with a single shaky signature, Joe Biden just put another 11,000 people [on the pipeline] out of work,” Carlson told his audience, according to Fox News. “[His immigration executive order includes] millions of illegal aliens … who Biden tells us are busy curing cancer, winning Nobel Prizes and – in general – being a lot more impressive than you have ever been, [while] also cover[ing] criminals, rapists, murderers, and others who are dangerous to you and me.”

Tearing America down on day one?

Carlson described Biden’s attack on oil as essentially “Crushing our country's last remaining independent economic sector,” while asserting that allowing millions to continue to remain in the United States illegally is making a very bold statement on his first day as president.

“So, the message is clear: If you break our laws to get here and commit violent felonies once you arrive – sometimes against American citizens – Joe Biden will reward you with blanket amnesty,” the conservative host asserted. “So why wouldn't every poor person in the world sneak into America? Of course they would, and they will – increasing the size of America's population is the whole point of the exercise.”

Biden made this clear when he started his presidential campaign.

“We could afford to take – in a heartbeat – another 2 million people,” Biden proclaimed in August 2019, as shown in a Fox video clip. “The idea that a country of 330 million people cannot absorb people who are in desperate need and who are justifiably fleeing oppression is absolutely bizarre – absolutely bizarre – [and] I would also move to increase the total number of immigrants able to come to the United States.”

Biden pulling them in …

Carlson chided the president for pulling numbers out of thin air and extolling a man he knew nothing about.

“[Biden’s] not really a numbers guy – [he] is all heart, closer to a religious leader than an accountant,” he added. “That's why, in his first address from the Oval Office, he unveiled a bust of Cesar Chavez – the famed left-wing labor leader who led the grape-pickers' union in California in the '60s and '70s.”

This gesture was praised by the nation’s illegal immigration activists, including the largest left-leaning daily in the nation’s capital, which quoted the Latino icon’s 63-year-old son, Paul Chavez, while he praised the 22-inch-tall bronze bust in Biden’s office.

“We were just as surprised and thrilled as everybody else to see its placement – it was so prominent,” Chavez told The Washington Post Wednesday. “We were excited not just because it was a bust of my father, but what it represented. To us, it was an affirmation of the importance and the contributions of our community, immigrants and Latinos.”

The Post insisted that Biden’s bust of Chavez “spoke volumes” to many Latino leaders and quoted Forward Latino President Darryl Morin, who said it symbolizes the new president’s commitment to the Hispanic community.

“It sent a strong message that he understands the pain and the angst that we’ve been feeling,” Morin said to paper. “It shows that he’s authentic and his concern is for real.”

However, Biden’s lack of knowledge about the man he lifted up was brought to light, as well as how his immigration policy really hurts legal immigrants.

“The real Cesar Chavez passionately hated illegal immigration – he said so all the time,” Carlson impressed. “Immigration lowers the wages of American workers – that's the whole point of it. Cesar Chavez wasn't well-educated, but he was not stupid – he understood exactly what was going on and was enraged by the efforts to open our border with Mexico. He knew it was another corporate scam posing as a human rights imperative.”

In fact, Chavez – who the pro-immigration Latino community champions – was as dedicated to securing the borders as former President Donald Trump.

“When the government refused to secure the border, Cesar Chavez's men did it themselves in the winter of 1979, [as] members of Chavez's union – the United Fruit Workers – formed what they called a ‘human wet line’ across the southern desert and brutally assaulted Mexican nationals trying to come north for work,” Carlson recounted. “Chavez's men hit them with chains. That's the guy Joe Biden just told us he reveres.”

The conservative personality reminded viewers that those caravanning back up to the southern border of the U.S. to take advantage of Biden’s new open borders policies are not concerned with the president’s cluelessness regarding Chavez as they focus on traveling north to receive the gift of amnesty the White House announced.

A sliver of the lawlessness being invited in America via Biden welcoming illegal immigrants was listed off.

“Meanwhile, Luciano Dominguez-Trejo, arrested in this country for sexually assaulting a minor, gets to stay here, thanks to Joe Biden,” Carlson noted. “So does Juan Hernandez Rodriguez – a self-described gang member with convictions for felony, grand theft and burglary. He's been ordered removed from this country five separate times, but he's still here. Now, he's staying. So is Atancio Arellano-Gutierrez, another convicted gang member convicted of felony burglary. Luis “Rodriguez-Jacobo, convicted of manslaughter, won't be going anywhere either.”

“Immigration we consider as part of racial equity, which is a broad issue, but that's how the president has spoken about that crisis over the past several months,” Psaki declared, according to Fox. “And clearly, it is an enormous priority to him.”

Even though Biden is attempting to portray himself as a Democrat who seeks to embrace illegal immigration at all costs, his hypocrisy ignored by the mainstream media is laid bare for any American who seeks truth in the matter.

It was stressed by conservative media that while Biden clamps down on American citizens’ freedom in the name of the COVID-19 pandemic, he is opening the door to non-citizens who pose a danger to society at large.

“Where is our amnesty to walk out freely without covering our faces and those of our children, or to open small businesses?” TheBlaze’s Daniel Horowitz posed. “Well, under the new Biden regime, the only amnesty will be for illegal alien gang members and drunk drivers.”

Biden’s desperate attempt to appear as the champion of immigrants with his new open borders policies was exposed as being part of a plan to cover up the anti-immigration policies that he supported when he served as vice president to former President Barack Obama.

“In addition to suspending construction of the border wall – while constructing one to keep Americans off of Capitol Hill – Biden signed an illegal executive order suspending deportations for 100 days,” Horowitz reported. “Never mind that Biden voted for the aforementioned law he is now abrogating requiring all illegal aliens to be removed. Never mind that he voted for the 2006 Secure Fence Act, which required the secretary of Homeland Security to ‘take all actions’ necessary within 18 months of passage to ‘achieve and maintain operational control over the entire international land and maritime borders of the United States.’ That is past history when the Constitution and our statutes used to govern our nation. Now we are a nation of ruling men – not laws.” 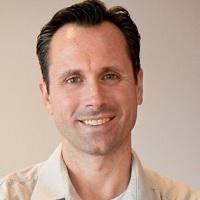