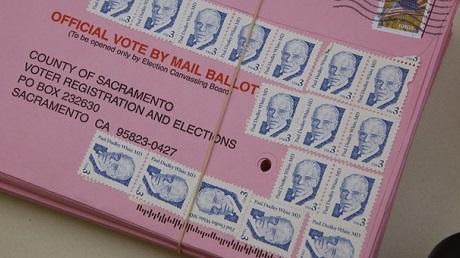 “Maryanne” and “Morley” of Redondo Beach, California, had a shock recently when they opened their mail and found seven ballot applications from Los Angeles County.

There were two each for Maryanne and Morley, and three for the nephew who previously lived with them but moved to another city five years before. The nephew also received multiple applications at his new address.

Unfortunately for election security, the mail-only ballot debate has gone the way of masks and Hydroxychloroquine. It is political when it shouldn’t be, with deliberate misinformation inserted by liberals to shift focus from what should be a nonpartisan path for vote security for all.

After expressing dismay on social media, Maryanne’s liberal friends responded with “they are only applications” or “they will verify signatures.” Denial is an unprotected vote’s best friend.

If election officials and their software are already issuing multiple incorrect ballot applications, there is clearly no safeguard against processing multiple requests—or votes. And with more than 25 million registered voters in California, insisting all signatures can be validated is ludicrous.

There are fundamental differences between right and left on vote security. The right believes voting is a sacred relationship between citizen and government, and only votes verifiably cast by eligible American citizens should be counted.

Liberals and their Democrat partners claim these reasonable protections are “racist” and barriers to voting for low income voters who “do not have access” to photo ID. They favor mailing ballot applications to every voting address on record without requests or confirming the voting status of recipients.

It is insulting to claim that minority and low income voters are incapable of getting state identification. They are as capable as wealthy residents of the Hamptons of asking the DMV, “how do I get photo ID?” Nearly 231 million Americans of every socio-economic background already have a driver's license—double the number of people who voted in 2016.

Many states provide free photo ID; others provide one at low cost. More than 30 states and the District of Columbia have hardship waivers for free photo ID for homeless voters.

The suggestion that photo ID is a “barrier” to voting is a political tactic, not a practical reality. It is used by the left to dishonestly accuse the right of voter suppression while cynically soliciting votes by offering a false choice based on a lie.

There is a significant distinction between universal, mail-only elections proposed by liberal officials and the successful absentee voting programs in place for decades that cover voters temporarily away from home. Republican candidates must do a much better job explaining the enormous difference between the two.

Although specific requirements vary by state, absentee ballots are limited in use, requested by a voter providing a specific address, and contain a signature as an affidavit on the ballot envelope. Voter identity is then verified by an election official through signature comparisons using a state database, notary or witness confirmation, or inclusion of photo ID.

“Automatic” or “universal” mail-only voting schemes currently proposed by Democrats are entirely different and completely insecure. Ballots are not requested, but sent to an address without confirming that the recipient is still there, or even still alive. Millions of unverifiable ballots could potentially fall into the wrong hands. This is particularly problematic in residential centers with high turnover rates like senior residences and apartment complexes.

Not all incorrect applications or ballots will fall into the hands of the honest. They could be used illegally through misunderstanding by incorrect recipients, present vote fraud opportunities for ballot harvesting activists, or send confused and ineligible non-citizens to the polls just because a ballot appeared on their doorsteps.

Universal mail-only ballots overload the US Postal Service, whose officials are already scrambling to meet the unprecedented and massive load of election pieces this scheme would require. In Nevada, over 223,000 ballots were reported “undeliverable” in its June primary.

An analysis of this year's primaries by National Public Radio shows at least 65,000 uncounted mail-in votes in 17 states. Many states, including California, Ohio and New York, still have massive mailed ballot problems from their primaries.

Corrupted voter data in Nevada, and potential lawsuits in at least five states over poorly maintained voter rolls cannot be explained away with partisan talking points.

Maryanne and Morley will only vote once no matter how many ballots they receive. Can this be said for every person receiving an official invitation to potentially steal your vote?

Liberal’s universal mail-only scheme is already a proven folly. Democrat, Republican or Independent, we must close the door on potential vote fraud rather than denying it exists. We should question the motives of those who do.

We can protect each other; and we should. 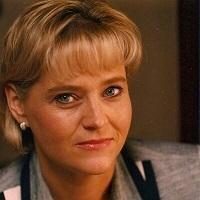