UK's scientific advice on coronavirus is a cause for concern

As the covid-19 pandemic rages on, governments around the world are turning to teams of scientists for guidance on how to proceed. The UK government finally published the scientific advice it has received on Friday 20 March.

At first, most commentators welcomed the transparency. But closer reading of the documents made available online suggests a few causes for concern. The strongest advice from the World Health Organization (WHO) on controlling outbreaks of the coronavirus – testing – barely gets a mention, for example. And the guidance seems to lean heavily on a single model of the outbreak – which some scientists suggest contains systematic errors.

The UK government is advised by a panel of epidemiologists, infectious disease modellers, virologists and medical doctors, as well as groups that focus on pandemic influenzas. The exact members vary, a government representative told New Scientist.

The dozen reports compiled by this group summarise what is known about the virus and its spread, and the likely impact of any government measures taken to prevent it. Social distancing comes up several times. But there is barely a mention of widespread testing, despite the WHO director general’s pleas to all countries to “test, test, test”.

As the WHO’s assistant director-general Bruce Aylward told New Scientist last week, the countries that are best able to control outbreaks of the virus are those extensively testing people who might be infected, isolating them away from their friends and relatives, and tracing who they have been in contact with. The UK guidance doesn’t mention this.

“I think it is incredibly surprising that testing and contact tracing is overlooked,” says Devi Sridhar at the University of Edinburgh, UK. “Outbreaks begin and end with testing.”

The reports draw heavily on models of how the outbreak will develop with various interventions. These models all come from one team, based at Imperial College London. “It comes across as though they have based everything on the Imperial model,” says Paul Hunter at the University of East Anglia, UK.

Chen Shen at the New England Complex Systems Institute, a research group in Cambridge, Massachusetts, and his colleagues argue that the Imperial team’s model is flawed, and contains “incorrect assumptions”.  They point out that the Imperial team’s model doesn’t account for the availability of tests, or the possibility of “super-spreader events” at gatherings, and has other issues.

No model will be perfect. “To be fair, the Imperial people are the some of the best infectious disease modellers on the planet,” says Hunter. “But it is risky to put all your eggs in a single basket.”

Ideally, the government should incorporate the results of at least two different teams of infectious disease modellers, says Hunter.

Other aspects of the scientific advice to the government appear to have gone unheeded. A report compiled  by the advisers on 4 March, for example, warns that school closures are only effective if children also practice social distancing, and highlights the need to consider knock-on effects of social distancing, such as crowded parks and queues for takeaways, although there is no mention of supermarket panic-buying.

But, as photographs taken at public parks and beaches over the last weekend show, the government has failed to prevent this type of crowding, which can provide the ideal conditions for the virus to spread.

Although the government’s messaging on social distancing has become stronger over the past few days, there appears to be plenty of confusion among members of the public. A survey of 2108 UK adults, conducted on 17 and 18 March, found that only 52 per cent of people said they were avoiding crowded areas.

Part of the problem is that communications from the government haven’t been clear enough, says Hunter. One way to clarify would be to swap the use of vague terms like “social distancing” with clear advice, such as to keep a physical, 2-metre distance between yourself and others.

“It is difficult to keep up with the advice,” he says. “The advice from the government has changed – usually for good reasons – but this generates confusion in people… even in me.” 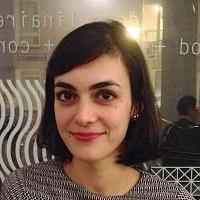 Author: Jessica Hamzelou, Biomed and health reporter
Jessica Hamzelou reports on health and medical science, with a particular interest in fertility, neuroscience and microbiology. She has a BSc in biomedical science. Jessica was named BSME’s Best Digital Writer in 2018 and ABSW’s British Science Writer of the Year in 2017.