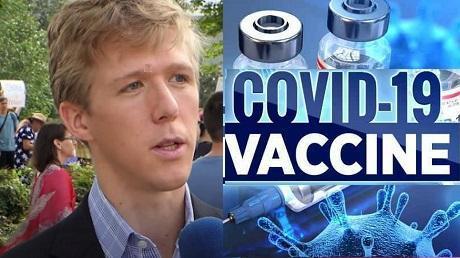 Dr. Leland Stillman decried the 'political theater' surrounding the coronavirus, which he noted ‘is not nearly as virulent or deadly as it was made out to be originally.’

RICHMOND, Virginia, September 10, 2020 (LifeSiteNews) – A COVID-19 vaccine should not be mandatory, and getting people to take it “serves certain special interests,” a young medical doctor told LifeSiteNews.

“I have no doubt about it,” Dr. Leland Stillman said when LifeSite’s video reporter Jim Hale asked him if the push for the vaccine had, in many ways, to do with money. Hale spoke with Stillman at the “March Against Mandates” in Richmond, Virginia, last week.

Stillman, a physician who was also one of the speakers at the event, said that “it’s quite clear from the data” that COVID-19 “is not nearly as virulent or deadly as it was made out to be originally.”

But the other hand, “I work in rural America, and I’ve seen three cases in eight months. And one of them was a false positive. You’re going to tell me everybody ought to be vaccinated over a virus that seems to be harming a very, very small proportion of Americans, most of whom were already extremely old or malnourished or extremely sick? That doesn’t hold water.”

He pointed out that the people dying from the virus “are clearly people who are sick previously,” sometimes “by their own choices: they ate poorly, they smoked, they didn’t exercise.”

At the same time, “the public at large who may work very hard and spend a lot of money keeping up their health, is being told that they’re going to be forced to vaccinate with a vaccine that, again, we don’t know the efficacy of, and we don’t know the side effects of.”

He said an attitude like this “certainly violates the principle...that I was taught as a physician, which is primum non nocere, which means, ‘first, do no harm.’ So it’s just, this is all political theater, and it’s an agenda to get people vaccinated because it serves certain special interests.”

In the context of talking about “special interests,” Stillman encouraged people to “look at the National Vaccine Injury Compensation [Program]. I mean, it’s $4.4 billion, at least, of taxpayer dollars that have been paid out … to people who’ve suffered from privately held products. And the vaccine industry doesn’t have liability.”

The National Vaccine Injury Compensation Program was created in 1986. It protects pharmaceutical companies from lawsuits related to vaccine injuries or deaths.

“It was created after lawsuits against vaccine companies and health care providers threatened to cause vaccine shortages and reduce U.S. vaccination rates, which they believed could cause a resurgence of vaccine preventable diseases,” Children’s Health Defense explains.

Children’s Health Defense reports, “According to the vaccine-injured and their loved ones, the program has failed miserably as a litigious, broken system where the injured are up against a government vaccine program, government owned vaccine patents, government health officials who administer the program and government paid attorneys from the Department of Justice. There is no judge, no jury of your peers and no discovery. Claimants feel the system is set up for their claims to fail.”

The vaccine industry not being liable for their products is “unprecedented,” Stillman continued. “Your builder’s liable if your house collapses on you. Your gun manufacturer is liable if your gun misfires. Your plumber is liable if they make a mistake and there’s a massive leak in your house, and your house floods, and you have to do hundreds of thousands of dollars in remediation.”

“But if your child is injured by a vaccine,” Stillman explained, “the vaccine manufacturers have no liability. That’s a recipe for corporate malfeasance. And, of course, the vaccine manufacturers, the pharmaceutical industry has been convicted many, many times of criminal activity. Are they ever sent to jail? No. They get fined. They get fined, and they get slapped on the wrist.”

“And then they go back to business,” he added, “basically brainwashing Americans into thinking that the solution to their problems is drugs that don’t actually fix their medical issues.”

“And you can go through the list of the top advertisers on any mainstream media network, and you will see that they are producing things that either make you sick, or treat the sicknesses that you have. Why would anyone who’s got that agenda tell you how to be healthy?” he asked.

Asked about the benefits of using hydroxychloroquine (HCQ) to treat COVID-19, Stillman said he did not have personal experience with the medication. Among his friends in the medical profession, however, he said the response seemed to be positive. 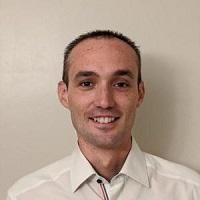 Author: Martin Bürger was born and raised in Germany. He went on to study theology at the International Theological Institute in Austria, and graduated with a master’s degree in 2017. He’s been writing for Catholic publications in Germany and Austria since high school.
Read full article on LIFESITENews