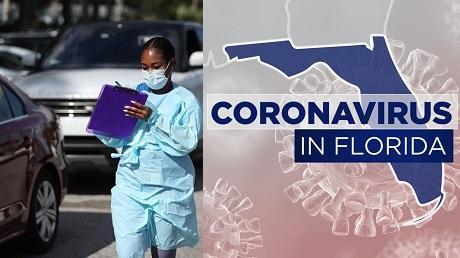 As another wave of coronavirus spreads through Florida, flaws in the queue system for coronavirus testing are resulting in errors.

“I got a call asking for me, and they told me that I had tested positive. I was like, ‘Positive for what?” Then, the lady said for COVID, and I said, ‘That’s impossible. I never got tested, Ma’am,’” resident Mindy Clark told local ABC affiliate WWSB. She is not alone. Coronavirus tests can take as long as a week to deliver results, and even one person leaving the queue can ruin an entire day’s records.

According to reporting by local ABC affiliate WWSB, “Clark had gone to the drive thru testing sight at Manatee Rural Health, but before she was able to get swabbed, she left the line because she realized it was for people with symptoms only.” Dr. Jay Wolfson, Public Health & Medicine Professor for the University of South Florida, explained the problem:

If Jay Wolfson says he can’t wait any longer and he leaves, it will get number 15 and now get Rebecca Fernandez, who was standing behind him, and she tests positive, and then everyone from then on gets the wrong results. There has to be a better way to do this.

And correcting the errors is allegedly left to the patients. “I told them they needed to take this off my record, and they said I had to prove it to them that I wasn’t positive,” Clark said. She complied, and two days later tested negative for both the disease and the antibodies that would suggest she had it in the past.

It is one more difficulty added to a historically complicated year, further decreasing morale among Floridians. “It’s such a bad time. These last five months have been so bad. People don’t need these added mistakes. Everyone is already so nervous and trying so hard, and these mistakes are really causing more anxiety in people,” Clark said.

News, commentary, and destruction of the political/media establishment. Breitbart routinely features exclusive interviews and original content with and from American and world leaders.
Prev