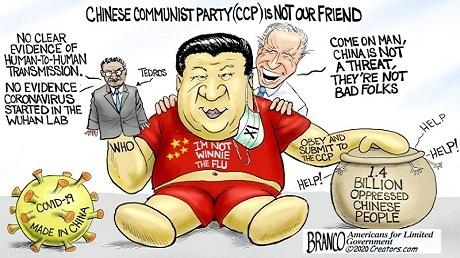 Did Joe Biden Restart Funding to Shady Wuhan Lab?. President Biden has committed to providing the WHO with $200 million in US taxpayer dollars.

Twitter is abuzz with rage this afternoon(February18) at reports that President Joe Biden has restarted funding to the Wuhan Institute of Virology — the lab in China that still may be a suspect in the origin of the global COVID pandemic.

JUST IN: Wuhan Institute of Virology eligible to receive US taxpayer funding through 2024

Upon a closer inspection of the reporting by the Daily Caller, it appears this was a process decision, not a political one. Additionally, only one grant to the Wuhan lab has been halted.

The Wuhan Institute of Virology is authorized to receive taxpayer funding for animal research until January 2024, the National Institute of Health told the Daily Caller News Foundation.

The WIV is at the center of widespread speculation that COVID-19 could have entered the human population in China due to an accidental lab leak. Researchers at the lab were studying bat-based coronaviruses prior to the outbreak, a project partially backed by $600,000 in U.S. taxpayer funds routed to the lab through the nonprofit group EcoHealth Alliance.

EcoHealth Alliance’s work researching bat-based coronaviruses in China was funded by a $3.7 million grant from the National Institute of Allergy and Infectious Diseases in 2014, according to The Wall Street Journal.

The grant was terminated by the National Institutes of Health in April amid criticism over EcoHealth Alliance’s relationship with the WIV. The NIH said in a letter the nonprofit’s work in China did not align with “program goals and agency priorities.”

The NIH further explained to the Daily Caller that while the EcoHealth Alliance “sub-grant was suspended,” the broader NIH grant to the Wuhan Institute of Virology is still funded.

A NIH spokeswoman told the Daily Caller News Foundation that the WIV’s Foreign Assurance was approved on Jan. 9, 2019, and is currently set to expire on Jan. 31, 2024.

So the Twitter outrage over this “story” is completely unfounded and hysterical. Joe Biden wouldn’t be inaugurated until over two years after that funding approval had already happened.

Author: Bruce Carroll created the gay conservative blog "GayPatriot" in 2004 and the site became one of the most popular political blogs. In addition, Bruce has written columns for USA Today and the Daily Caller, hosted numerous podcasts, and holds the record for the most banned Twitter accounts.
Read full article on PJ MEDIA
Did you like it? Share your thoughts!
Tweet
Whatsapp