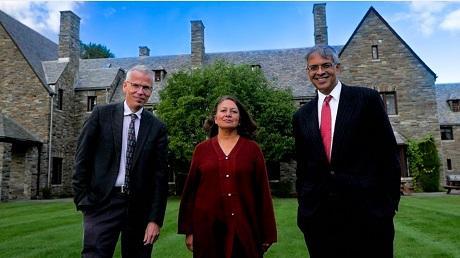 16K doctors/scientists oppose 2nd covid lockdown. They believe lockdown measures are not only completely unnecessary, but also have a devastating impact on physical and mental health as well as society.

What Happened: Approximately 16,000 doctors have come together opposing lockdown measures in various countries, as well as the possibility of a second lockdown that multiple governments are currently considering. They believe lockdown measures are not only completely unnecessary, but also have a devastating impact on physical and mental health as well as society.

Many of these signees are some of the world’s top doctors and scientists, and they’ve been speaking out against lockdown measures since they first began months ago. One of them is Michael Levitt, a Biophysicist and a professor of structural biology at Stanford University, who has criticized the World Health Organization (WHO) as well as Facebook for censoring different information and informed perspectives regarding the Coronavirus. According to him, “the level of stupidity going on here is amazing.”

-->Help Support CE: Donate to Collective Evolution to help us move past the challenges censorship has put on independent media. Click here to contribute!

Just yesterday I wrote about Dr. Jay Bhattacharya, a Professor of Medicine at Stanford University who recently gave an interview stating “there is more harm from the lockdown than there is from COVID.” He’s one of many experts who feel this way, and explains why. In that article I put more examples of renowned doctors and scientists from around the world who do and have opposed lockdown measures.

Implementation of the current draconian measures that are so extremely restrict fundamental rights can only be justified if there is reason to fear that a truly, exceptionally dangerous virus is threatening us. Do any scientifically sound data exist to support this contention for COVID-19? I assert that the answer is simply, no – Dr. Sucharit Bhakdi, a specialist in microbiology and one of the most cited research scientists in German history (source)

It’s called “The Great Barrington Declaration” and it states the following:

“Covid-19 is less dangerous than many other harms, including influenza. As immunity builds in the population, the risk of infection to all – including the vulnerable – falls. We know that all populations will eventually reach herd immunity – i.e.  the point at which the rate of new infections is stable – and that this can be assisted by (but is not dependent upon) a vaccine. Our goal should therefore be to minimize mortality and social harm until we reach herd immunity.

You can read their entire statement here and see a list of some of the signees, as well as sign it yourself. In the picture above, you will see from left to left see a few of the initiators behind the declaration:

The CDC also released new infection/fatality estimates that also has many people and experts calling into question the severity of the virus, this was well after John P. A. Ioannidis, a professor of medicine and epidemiology at Stanford University has said that the infection fatality rate is close to 0 percent for people under the age of 45 years old. It turns out he was right.

Ronald B. Brown, Ph.D., from the School of Public Health and Health Systems at the University of Waterloo recently stated that the COVID-19 fatality rate is the “worst miscalculation in the history of humanity.”Not long ago, Brown published a paper in Disaster Medicine and Public Health Preparedness, titled “Public health lessons learned from biases in coronavirus mortality overestimation.” According to him,  CDC and WHO documents show that the case fatality rate for influenza was similar to the coronavirus, implying that the lockdowns were pointless. His paper questions why the 2017-2018 influenza season in the United States did not “receive the same intensive media coverage as COVID-19.”

A group of Canadian doctors in the province of Ontario have come together and written an open letter to Ontario premier Doug Ford. The letter is signed by 20 doctors and professors of medicine from faculties at the University of Toronto, McMaster University and the University of Ottawa and from hospitals such as Sick Kids. The letter was sent to ford on September 27th, and it argues against a return to lockdown measures as a way to tackle rising COVID-19 cases. You can read more about that here.

A recent article published in the British Medical Journal  has suggested that quarantine measures in the United Kingdom as a result of the new coronavirus may have already killed more UK seniors than the coronavirus has during the peak of the virus. You can access that and read more about it here.

In Germany, more than 500 German doctors & scientists have signed on as representatives of an organization called the “Corona Extra-Parliamentary Inquiry Committee” to investigate what’s happening on our planet with regards to COVID-19 and express the same sentiments. You can read more about that here.

Why This Is Important:

Professor Christopher Exley, a Professor in Bioinorganic Chemistry at Keele University just posted the following picture on his Instagram account:

The point is, the number of scientists and doctors around the world who are opposing actions taken by multiple governments, as well as recommendations from the WHO is quite overwhelming. What’s suspicious is the fact that none of these measures ever quite receive the mainstream media attention that they deserve, and one narrative/perception of COVID seems to dominate our television screens.

A quote from Robert F. Kennedy Jr. comes to mind as I am writing:

Even the pharmaceutical companies have been able to purchase congress. They’re the largest lobbying entity in Washington D.C.. They have more lobbyists in Washington D.C. than there are congressman and senators combined. They give twice to congress what the next largest lobbying entity is, which is oil and gas… Imagine the power they exercise over both republicans and democrats. They’ve captured them (our regulatory agencies) and turned them into sock puppets. They’ve compromised the press… and they destroy the publications that publish real science. (source)

Why have we been constantly told that things will not go back to normal until we get a vaccine? Is all the fear and hysteria that has been created around COVID simply a vaccine marketing tactic?

The Takeaway:  Is there a battle for our perception happening right now? Is our consciousness being manipulated? Why is there so much conflicting information if everything is crystal clear? Why are alternative treatments that have shown tremendous amounts of success being completely ignored and ridiculed?  What’s going on here, and how much power do governments have when they are able to silence the voice of so many people? Should we not be examining information openly, transparently, and together?

Is the new coronavirus, like 9/11, a catalyst for a shift in human consciousness. Are people ‘waking up’ as a result of what has, is and will transpire? 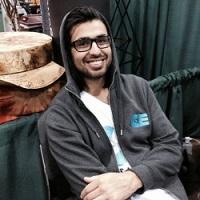 Author: Arjun Walia. I joined the CE team in 2010 shortly after finishing university and have been grateful for the fact that I have been able to do this ever since :) There are many things happening on the planet that don't resonate with me, and I wanted to do what I could to play a role in creating change. It's been great making changes in my own life and creating awareness and I look forward to more projects that move beyond awareness and into action and implementation.

Collective Evolution is a conscious media and education company focused on helping to shift our world through two key avenues: News Media – reporting on world events through a truly neutral lens, and exploring the role these events play in the evolution of human consciousness.
Prev Next