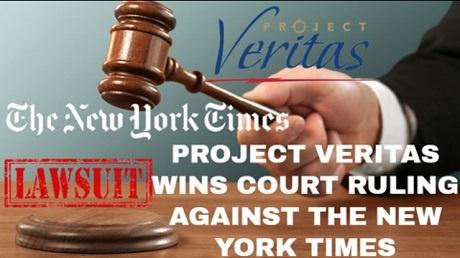 A New York judge slammed The New York Times for blurring the lines between news and opinion. The paper had attempted to get a defamation lawsuit against it dismissed on the grounds that, among other things, its reporters were just expressing their personal opinions when they disparaged the investigative journalists at Project Veritas.

The judge ruled the lawsuit can go forward, finding that Project Veritas showed sufficient evidence that The New York Times may have been motivated by “actual malice” and acted with “reckless disregard” when it ran several articles against the investigative journalism outfit.

“[I]f a writer interjects an opinion in a news article (and will seek to claim legal protections as opinion) it stands to reason that the writer should have an obligation to alert the reader, including a court that may need to determine whether it is factor opinion, that it is opinion,” Judge Charles Wood of the New York State Supreme Court said in his March 18, 2021 ruling.

The lawsuit stems from The New York Times’ coverage of an explosive video released in September purporting to show illegal voting practices within the Somali-American community in Rep. Ilhan Omar’s congressional district in Minneapolis, Minnesota.

The video was based on Snapchat videos bragging about ballot harvesting posted by Liban Mohamed, the brother-in-law of a city council candidate named Jamal Osman. Project Veritas describes the video in its lawsuit:

Mr. Mohamed displayed a vast number of ballots littering his car’s dashboard while boasting in Somali, ‘[n]umbers don’t lie! You can see my car here is full. All these here are absentee ballots. Can’t you see? Look at al these, my car is full,’ and ‘[j]ust today we got 300 (ballots) for Jamal Osman.’ In another video, Mr. Mohamed filmed himself exiting an apartment complex with his hand stuffed with voters’ ballots and baosting, ‘[t]wo in the morning. Still hustling.’

The video also included interviews with named sources, as well as multiple confidential sources. Omar Jamal, a community service officer for the Ramsey County Sherriff’s Office and a political consultant in the Minneapolis Somali-American community, said there was widespread corruption by Somali-American politicians, including cash payments to elderly voters in exchange for their absentee ballots. Jamal has been quoted in on-the-record in ten New York Times news stories as a knowledgeable source and political insider.

Reporters Maggie Astor and Tiffany Hsu described the video as “deceptive,” “false,” and “with no verifiable evidence.” The first paragraph of Astor’s story, which ran in the news section of the newspaper, began, “A deceptive video released on Sunday by the conservative activist James O’Keefe, which claimed through unidentified sources and with no verifiable evidence …”

The Times asked a judge to dismiss the defamation case, arguing, among other things, that these statements were “mere opinion incapable of being judged true or false,” as Judge Wood put it. Despite the smears appearing in the news section of the newspaper, the Times argued they were subjective assessments from the reporters.

“[B]ecause mail-in voting and the integrity of the 2020 election has become so politicized, a person watching the Project Veritas Video could find it incredibly deceptive or accurate depending on whether the Video aligns with their political beliefs,” the Times argued.

While The New York Times alleged that the Project Veritas journalism was “deceptive” or “disinformation,” Wood said that better described their insertion of opinions into their news stories.

“The Articles that are the subject of this action called the Video ‘deceptive,’ but the dictionary definitions of ‘disinformation’ and ‘deceptive’ provided by defendants’ counsel certainly apply to Astor’s and Hsu’s failure to note that they injected their opinions in news articles, as they now claim,” he added.

The New York Times loss comes the same week a federal judge warned that the country is in danger because “we are very close to one-party control” of the media. Judge Laurence Silberman of the D.C. Circuit Court of Appeals described The New York Times and other leftist publications as “virtually Democratic broadsheets.” 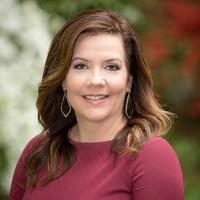 Author: Mollie Hemingway. Mollie Ziegler Hemingway is a senior editor at The Federalist. She is Senior Journalism Fellow at Hillsdale College and a Fox News contributor. She is the co-author of Justice on Trial: The Kavanaugh Confirmation and the Future of the Supreme Court. Follow her on Twitter at @mzhemingway
Read full article on THE FEDERALIST