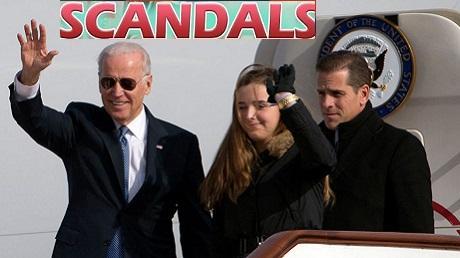 NPR admits it refuses to cover Biden corruption scandals. NPR announced that it is not covering the Hunter Biden laptop story because the media organization doesn’t “want to waste the listeners’ and readers’ time on stories that are just pure distractions.”

“NPR Public Editor,” a newsletter written by Polynter’s Kelly McBride, addressed a question wondering “why NPR has apparently not reported on the Joe Biden, Hunter Biden story in the last week or so.” The story, first published by the New York Post last week, allegedly came from an abandoned laptop belonging to Hunter Biden.

McBride, the NPR Public Editor and Chair of the Craig Newmark Center for Ethics and Leadership at The Poynter Institute, began by writing that “there are many, many red flags in that New York Post investigation,” linking to an NPR piece detailing the issues. “The biggest reason” that NPR has ignored the story, however, “is the the assertions don’t amount to much,” McBride wrote.

“We don’t want to waste our time on stories that are not really stories, and we don’t want to waste the listeners’ and readers’ time on stories that are just pure distractions,” NPR Managing Editor for News Terence Samuel said according to the newsletter. “And quite frankly, that’s where we ended up, this was … a politically driven event and we decided to treat it that way.”

Why haven't you seen any stories from NPR about the NY Post's Hunter Biden story? Read more in this week's newsletter➡️ https://t.co/CJesPgmGvo pic.twitter.com/jAi7PnpbZf

The NY Post published a series of emails allegedly from Biden’s laptop after it was abandoned at a computer repair shop in Delaware. One of the unconfirmed emails alleges that Biden and then-Vice President Joe Biden, his father, met with a top Ukrainian executive at the gas company Burisma in 2015.

The Biden campaign denied any 2015 meeting between the former vice president, Hunter and a top Ukrainian executive. The campaign and Hunter have not disputed other alleged emails, and the senior Biden recently said he had “no response” to the stories and that it is a “smear campaign.”

Tony Bobulinski, a former business partner of the Bidens, confirmed a May 13, 2017 email that discussed a big business deal involving a Chinese energy company.

“I am the recipient of the email published seven days ago by the New York Post which showed a copy to Hunter Biden and Rob Walker. That email is genuine,” according to Bobulinski, who said that the senior Biden did speak with his son about business dealings.

“They are not any form of domestic or foreign disinformation,” Bobulinski added – a claim that has been pushed by Democrats. “Any suggestion to the contrary is false and offensive.” (RELATED: Ron Johnson Calls On Former Buzzfeed Reporter To Verify Hunter Biden Email)

NPR mentioned the claim that the Hunter Biden story is Russian disinformation, as well. The newsletter wrote that “even if Russia can’t be positively connected to this information, the story of how Trump associates Steve Bannon and Rudy Giuliani came into a copy of this computer hard drive has not been verified and seems suspect.”

Director of National Intelligence John Ratcliffe announced Monday that the intelligence community doesn’t have evidence that the emails being released from the laptop are part of a Russian intelligence operation.

Guiliani claims he obtained a copy of the hard drive and has since spent days selectively publishing portions of it – he reportedly first went to Fox News, who declined to run with the story, citing credibility issues. Guiliani refused to hand over his full copy of the hard drive for verification during an exclusive interview with the Caller and the publication has not independently verified the contents of the laptop.

Fox News reportedly confirmed one email from the trove of documents.

“The handful of stories that NPR has produced about the NY Postinvestigation have been limited to how Facebook and Twitter are restricting distribution of the story or how families of those seeking treatment for addiction are impacted by the portrayal of Hunter Biden’s struggle,” McBride wrote. 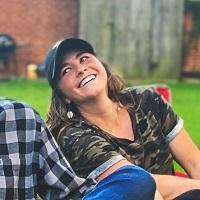 Author: Shelby Talcott, Media Reporter. @ShelbyTalcot Retired college and professional athlete, big fan of dogs and mimosas without the OJ, sarcastic New Yorker at heart.
Read full article on DAILY CALLER
Did you like it? Share your thoughts!
Tweet
Whatsapp